Yesterday, in a post on its Facebook community, Ecomuseum Zoo announced the passing of 8-year old Aurora, a female Woodland caribou.

Aurora’s “death was sudden… she passed away on Friday morning. A necropsy exam has been commissioned to determine the exact cause of death.”

Aurora had been at the zoo since October 2014. She was named after the Aurora Borealis of Québec’s Great Northern skies.

Woodland caribou are threatened by extinction in Canada.  Environment Canada has identified the “critical habitat” that caribou need to survive and recover. Experts have established a strong link between the extent of habitat disturbance and whether a local population increases, declines or remains stable.

Ecomuseum Zoo reminds the population that “it is important to understand that wild animals have very strong survival instincts. If they show signs of weakness in their natural habitats, they can be abandoned by their peers or even attacked by predators who see them as easy prey. It is thus that, even in our care, when they start to show signs of illness, it is often too late despite the excellent preventative and curative care provided by our veterinary and animal care teams.”

Fun fact: Caribou are the only cervids whose females also have antlers.

The Ecomuseum Zoo is entirely dedicated to the well-being of Québec wildlife, both for the animals in its care and for endangered species in the wild. 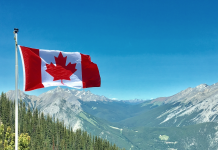 What you need to know about Canada Emergency Response Benefit (CERB)

What you need to know about Canada Emergency Response Benefit (CERB)

In These Unprecedented Times Of COVID-19, We Witness The Whole World...