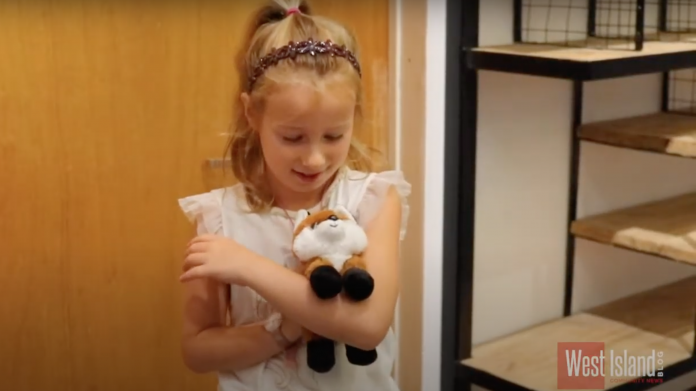 Following a recent Facebook post, West Island resident Barbara Spoerri’s granddaughter, Ella, lost a little stuffed animal fox from the Ecomuseum. The 6-year-old girl was devastated as she became attached to her little fox. Grandmother Spoerri acted for her granddaughter and notified us, the West Island Blog, to help spread the word and find this beloved fox.

Clearly, a cause that many West Islanders sympathize with, as this particular Facebook post gathered immense attention, reaching over 30 000 people and totalling more than 700 shares.

“I know how important it is to have a pet animal that you love so much,” said Emily,  communications director of the Ecomuseum. The Ecomuseum took notice, as they offered to provide Ella with a brand new stuffed animal fox to replace the old one.

Ella further notes that this time she will take better care of her fox. (recently named Foxy)