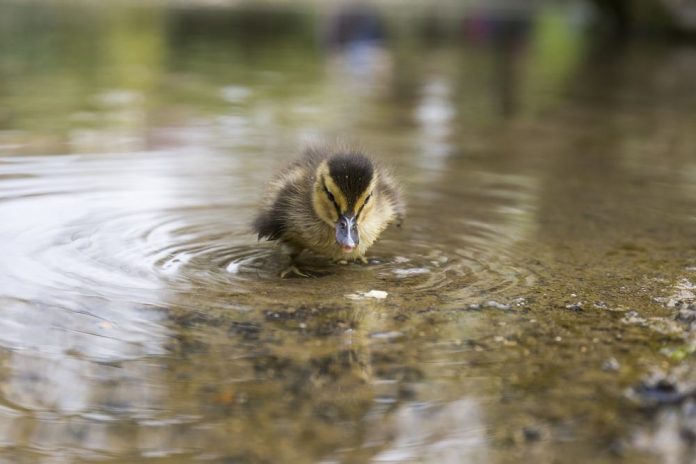 Every so often, non-profits along Fredericton’s St. John River to offer ducks and other birds attractive places to nest.

Recently, a goldeneye duck snuck in and laid its eggs among those of a wood duck. A month later, all the eggs hatched.

The goldeneye’s egg was placed in the nest as part of what scientists call interspecific brood parasitism – when one bird places its egg in the nest of another.

According to Samantha Brewster, who is a specialist at the non-profit Ducks Unlimited, this is a form of not placing one egg in the same basket.

Staff also place cameras around the nests to help them understand how they go about it.

In this specific instance, the wood duck’s eggs were all white, while that of the goldeneye was blue-greenish.

Once the ducklings were all out, the mother wood duck called to its ducklings and led them down to the river to seek out something to eat. They called back with a chirp.

The goldeneye came out last, did not sound at all like the rest.

In under 20 minutes, they were all gone.

The goldeneye duckling was left all to himself crying while running up and down the show. No one came to his aid.

Ducks Unlimited together with Atlantic Wildlife Institution has located a family to foster the goldeneye.

They hope to place him with the family as soon as their eggs start to hatch and are trusting that they will treat him as their own.

Timing is crucial in this case because if they place him with the family after their eggs hatch, he will be left behind again. If that happens, he will be left in the wild to fend for himself.