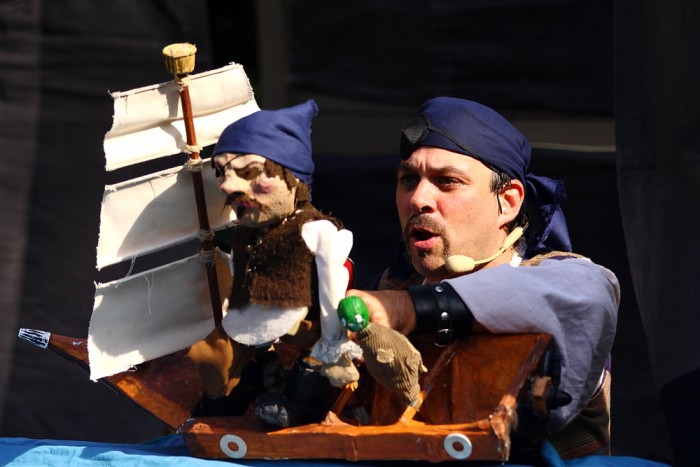 As part of its Tour of the Grand Parks series, the City of Dorval is proud to present the show “Shavirez, le Tsigane des mers”, by Belzébrute, band de théâtre, on Monday, August 20, at 2 p.m., at Ballantyne Park (520 Bouchard Boulevard).

Somewhere in Tsigania, a hero is fighting for his destiny against a nasty pirate. Accompanied by lively accordion tunes, the children will be told the story of Captain Shavirez, the only Gypsy to have walked on the ground… of the seven seas. This epic tale will be animated with puppets and a gypsy party where the public will be invited to participate by these happy pirates with wild imaginations.

This show for the whole family is presented in French.

In the event of poor weather or extreme heat, the show will be moved to the Peter B. Yeomans Cultural Centre.

For more information on the Tour of the Grand Parks series and the summer cultural events in Dorval, visit www.city.dorval.qc.ca.