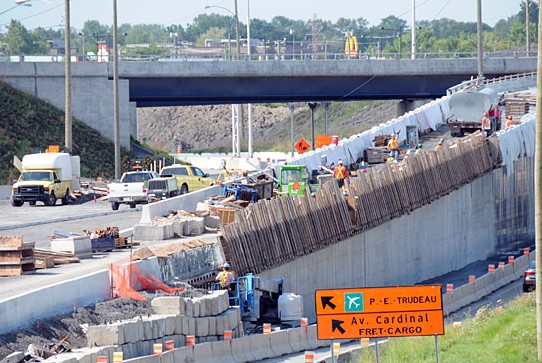 The project for the Dorval Interchange was first announced in 2005, and today it remains unfinished. Transports Quebec recently stated that the overpass would be in service by fall 2017.

The overpass is meant to link Highway 20 to the Trudeau Airport to alleviate traffic coming to and from the terminal.

The delay was caused by legal disputes with CP Rail, CN, and two hotels arose during construction when these companies refused to approve the original plan, which included moving railways and building over parts of both hotel’s parking lots.