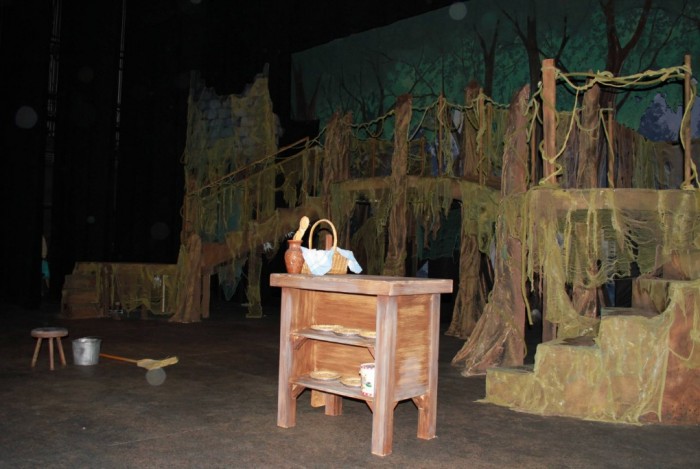 The Professional Theatre Program at John Abbott College (JAC)  has just opened Stephen Sondheim’s “Into the Woods” and it was simply incredible.

As a John Abbott graduate who has enjoyed several shows at the CEGEP, I can honestly say that this may be my favourite.

Abbott’s Casgrain Theatre was transformed into a realm of magic and wonder. The show stars several talented Professional Theatre actors, some of whom will be graduating this June.

“Putting on this amazing musical with some of my closest friends has been an experience I will remember for the rest of my life,” Michael Randall who plays Rapunzel’s Prince Charming and the Wolf shares. “The show’s themes of love, loss, and family take on a whole new meaning now that I’m leaving Abbott.”

Although the entire cast embodied their roles brilliantly, actress Jenna Wheeler stole the show with her portrayal of Little Red Riding Hood. Wheeler’s emotional range and comedic timing showcased Little Red in a whole new light and had the audience laughing hysterically with every line. It would be a tragedy for any theatre enthusiast of the West Island to miss this fantastic musical.

Instead of catching a movie this week, indulge yourself in the immersive world of fantasy through live theatre by checking out “Into the Woods”. Don’t miss the show which will be closing on May 14th. Tickets can be purchased at http://www.brownpapertickets.com/event/2538447