July 23, is the last day to vote for one of our own to be Miss World Canada.  Neelam Patel is  Miss Southern Quebec World. Vote to have her as the next Miss World Canada! Neelam grew up in Dollard Des Ormeaux an Indian household. From a young age, she was able to appreciate Canada’s diversity. She believes that our differences are what make us stronger rather than divide.  She has worked hard to get this far and needs us all to vote!!
Please vote HERE

By participating in the pageant, Neelam wants to bridge the gap between different cultures and inspire them to learn from each other. Neelam completed her Bachelor of Science Degree in Pharmacology and Therapeutics at McGill University. She is fluent in English, French, and Gujarati, intermediate in Hindi and she is currently learning American Sign Language. Neelam is constantly trying to find ways to positively contribute to society.

What have you learned from this competition?
I have learned to support, encourage and empower other women although we’re competing for the same title. We are all trying to make a positive difference and by helping each other with our goals, we get to leave a bigger impact. I would never want to hurt someone in order to win because to me, that’s not winning at all.

Would you like to be born as a man or a woman in your next life? Why?
I would be happy either way because I don’t believe that one gender is better than the other. Rather than choosing which gender we would want to be, we should strive to be the best version of ourselves as possible. We should move towards gender equality and eliminate the various stereotypes and gender roles society has set. Both men and women should be given equal opportunities. I would be honored to be either a man or a woman as long as I am positively contributing to society and helping people. I don’t want to be anything less than strong, independent and successful regardless of gender.

What is your greatest strength and how did it help you to become one of the finalists today?
I believe my greatest strength is my compassion for other people. If you ask any delegate, pageantry isn’t only about how you look, it is about the respect you have and the way you treat each other. Having compassion makes it easy to volunteer your time and help out other people, you enjoy giving back to the community. I have always treated everyone with the utmost respect and genuinely cared for them and I believe that is the reason why I am one of the finalists today. 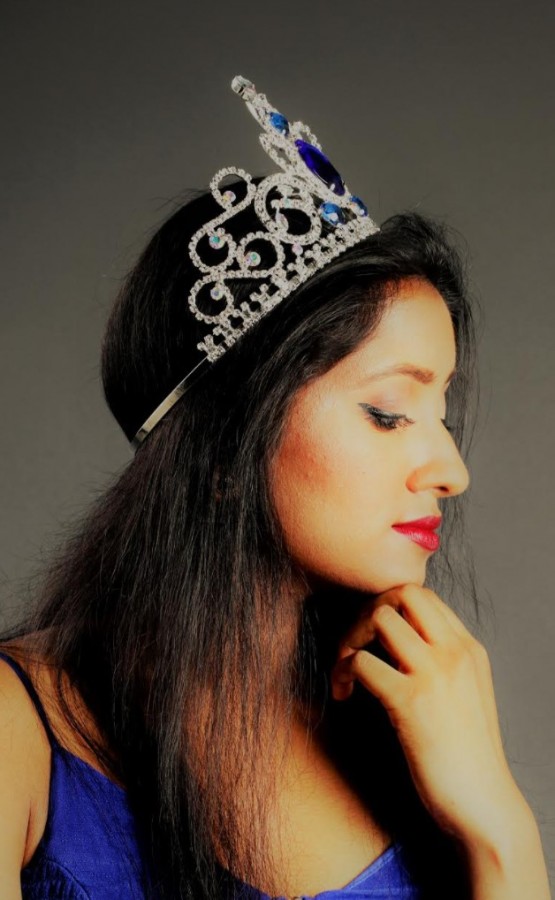 If you could change one thing in the world, what would it be?
If I could change one thing in the world, I would want to eradicate poverty. I consider myself extremely fortunate to live in a country where we have the means to live a decent life because not too many people around the world are given that same opportunity. Poverty leads to many consequences such has lived with limited access to nutritious food, increased health concerns, and poor living conditions. If poverty was eradicated then everyone around the world, especially those in developing countries, would have access to the basic necessities and would be able to live a better life.

What problems you had to face before entering the field of modeling/participating in the contest?
The major problem I had to face before entering this pageant was having to alter my mindset from believing that I wasn’t good enough to, yes I can achieve a title and represent my province. Every time I considered myself competing, I would only see the flaws and I think that many women feel the same way. Media and society often set unrealistic standards and if we don’t measure up to them, we feel as though we’re not good enough. I want to redefine beauty and help everyone realize that as long as you have a kind heart and the willingness to help other people, Miss World Canada would be lucky to have you! I learned to believe in myself and I want to help other people do the same.

What is your idea of happiness and success?

To me, success comes from having goals and working hard towards achieving them. Success is often associated with the desire to accumulate more wealth and a higher professional position. However, happiness is a state of mind. One can have nothing valuable and still be happy. Given the option to choose between one and the other, personally, I believe it is better to be happy than successful.

Imagine that you are left deserted on an island. Given a chance what or who would you like to accompany you?
If I was left on a deserted island, my survival instincts would immediately start. Therefore, if I was given a chance to bring someone to accompany me, I would want to bring the Prime Minister of Canada, Justin Trudeau. Given his importance, someone would come looking for him and in the process, I would be saved as well.

Who is your favorite celebrity? If you get a chance to meet your favorite celebrity, where will you take him/her and how do you plan to spend the time?
One of my favorite celebrities is Angelina Jolie. Not only is she an amazing actress but she is well known for her humanitarian work. If I was ever given the chance to meet and spend some time with her, I would want to attend a humanitarian event with her. Whether that means going to a different country and working with refugees, doing charity work, helping children or inspiring other women. Angelina Jolie participates in numerous causes and even if I was able to attend just one with her, I know I would make the most of it and try to help as many people as I possibly could.

How do you plan to contribute to the society if you win the crown?
If I were to win the crown, I would want to do as much humanitarian work as possible. I would get involved with different elementary and high school and try to inspire the students to study, volunteer and give back to their community. I would get involved with charities and raise awareness for different causes. I would use the title to represent Canada to the best of my abilities. 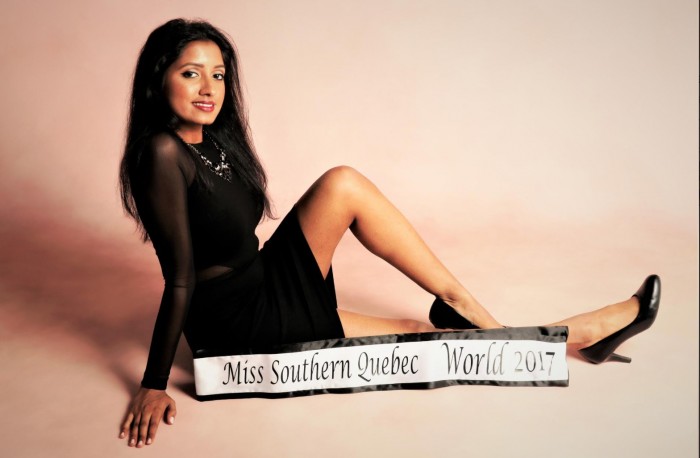