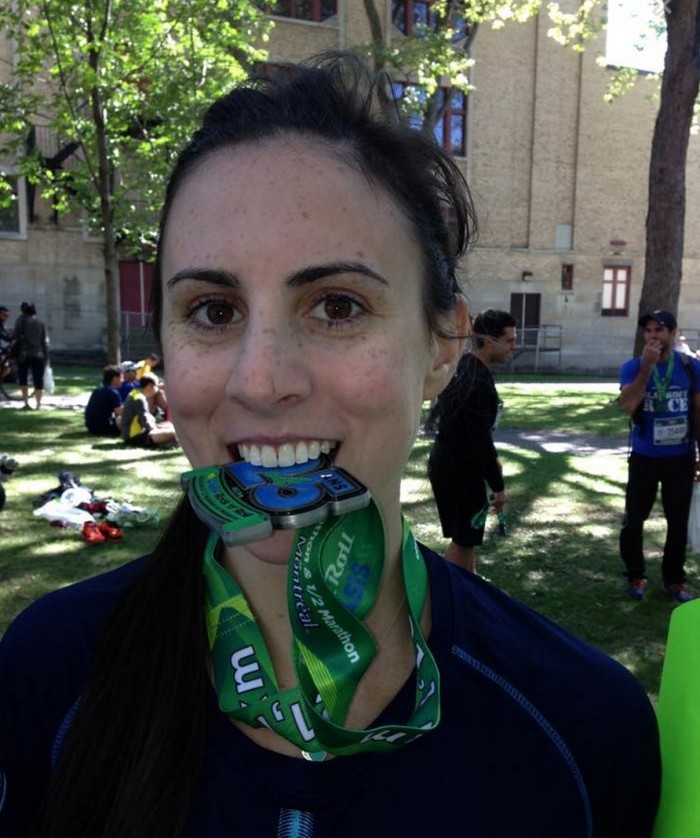 “There is not a waking hour that goes by that I don’t have to consciously think about my health, be it taking pills, inhaling medications”

Twenty six year old Chelsea Gagnon who has a life expectancy of 44 years of age has decided to promote awareness of the fatal, degenerative disease that affects primarily the lungs and the digestive system called Cystic Fibrosis.  In the process she would like to reach out to those living with the same challenges.

“For years I hid the fact that I was born with CF, but in the last few years I have started to be more open about my everyday life battling an invisible illness,” Gagnon told The Suburban in a heartfelt interview. “When I have to explain why I’m constantly coughing and that I do not have a cold, only a small percentage of people that I tell have even heard of CF. I want to help change that. I want a better tomorrow for myself and for my friends, and the children born today with the illness.”

According to Gagnon she spends hours each day doing physiotherapy, taking pills, injections and inhaling medications all in an effort to maintain a baseline of health that is severely below the average person.  Gagnon who graduated with a degree in education, can not move out on her own because she can only commit to part time employment due to the disease. Working in a classroom environment proved impossible as she was in contact with too many germs.

She realized she was different when she became increasing ill in grade 8.

“I did not want to be different so I hid my illness and made excuses to everyone but my closest friends. When I realized I had a life expectancy of 37 at the time it was jarring.”

“My lungs operate at less than half the average person’s and without my medications I would quickly deteriorate. I want there to be awareness. I want people to donate, heck, even spreading the word would be good enough.”

Since Gagnon was born her parents and later herself have been constantly aware of her health management. Costs that are currently covered by her mother’s health insurance can run as high as $15,000 a month.  Gagnon capped out on her father’s insurance plan years ago.

Cystic fibrosis is a genetic disease that occurs when a child inherits two abnormal genes, one from each parent. Approximately, one in 25 Canadians carry an abnormal version of the gene responsible for cystic fibrosis. Carriers do not have cystic fibrosis, nor do they exhibit any of the symptoms of the disease.