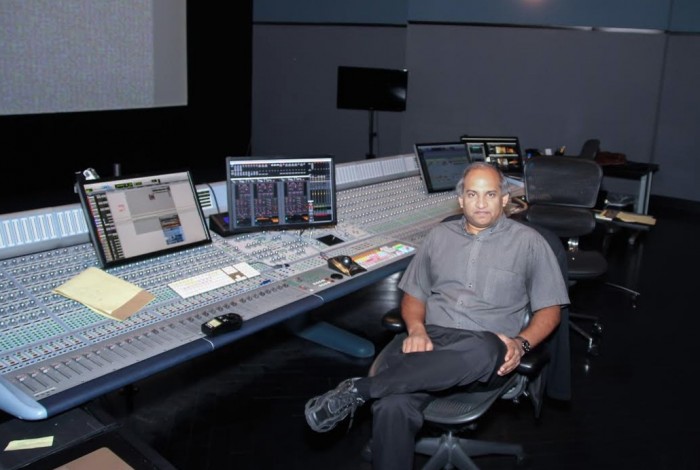 You know the final credits of a film that scroll up at the end?  We have someone whose name regularly hits that scroll living right here on the West Island, and his work has been nominated for an Emmy.

Dollard-des-Ormeaux resident, Gavin Fernandes is a re-recording mixer, which according to Wikipedia, is a post-production audio engineer who mixes recorded dialogue, sound effects and music to create the final version of a soundtrack for a feature film, television program, or television advertisement.

His work on Big Little Lies for the episode You Get What You Need on HBO is up for an Emmy come late September.  He has often done work for Hollywood productions directed by Montrealer Jean-Marc Vallée, and is currently working with NBC/Universal on “the BOLD Type”. This is his first Emmy nomination.

“When the film is in its final stages, our job is to take all the sounds that have been edited (dialog, music, sounds effects, footsteps, etc) and balance them,” Fernandes explained.  “We work as a team of two people on Vallée’s projects, myself and Louis Gignac…the track count for audio can reach into the hundreds. We mix and balance the final product while following the intentions of the directors.”

Fernandes says he knows plenty of film-makers who work 2nd jobs to have the privilege of producing their film.

“I feel blessed to do what I do,” Fernandes said. “It is a passion and a hobby as well as a job.”

Fernandes has always had an interest in music and sound.

“I was in a band as a young adult, and I loved helping with the sound,” he explained.  “I did community shows on the West Island and have been active with the Becket Players for almost 30 years, it is where I met my wife, Teresa Dellar.”

While earning his Bachelor of Science in Bio chemistry pharmacology, he worked at the student radio studio, CRSG and got noticed for his work.  As soon as school was completed Fernandes found work in a few studios and the rest is history.