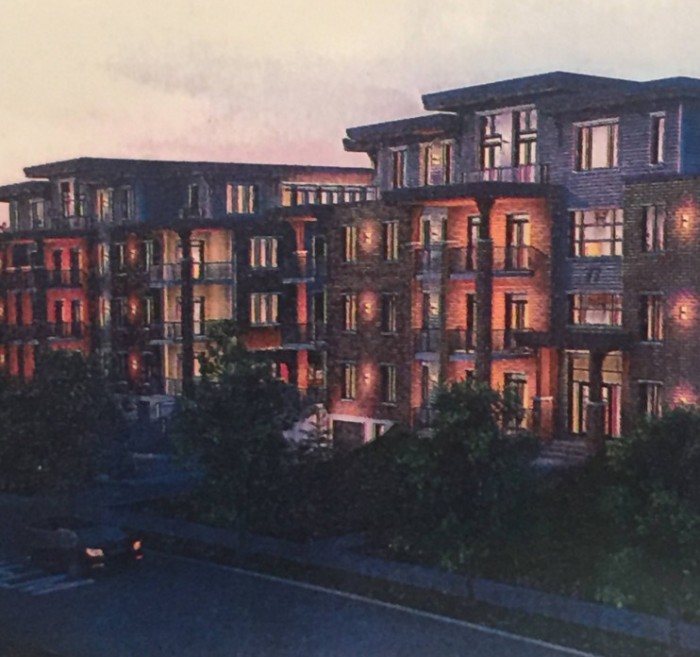 A meeting was held on Wednesday November 4, for the neighbouring condominium units at 81 Elm, west of the potential four story project.  Residents were invited to the information session to hear the developers presentation and ask questions regarding the new four story, four building project that would include 146 condominiums averaging 1050 square feet with an average price of $400,000.  The height requirement would remain as is in under the current zoning by law at 13 meters since the proposed project would have a flat roof making room for the fourth floor.

Residents’ primary concern lied in the extra story that has never been built in Beaconsfield to date but also included increased traffic, project density, building integration, guest parking and shade cast by the building.

“We will have more shade and people looking down on us. It will affect our privacy and enjoyment of life. Four stories vs three stories means 33% more people living in the complex, traffic is an issue,” Lorne Smith continued.

According to KF representative, Gilles Champagne he has no knowledge of another Transit Oriented Development as outline by the Plan Métropolitain d’Aménagement et de

Développement (PMAD) that allows for 65% green space around a building, no outside parking, with so few units on a lot of this size adjacent to a train station. Champagne says most cities require projects of at least six stories near a train station because it is much more environmentally friendly and more in line with PMAD .

According to David Smith, architect for KF Construction, completion of the four building complex  is three years from the start date but there are no time restrictions for completion by the city at this time. Should the new zoning as well as the project be approved by the city, the first building out of the four to be constructed will be on the western section of the property along Elm Ave.

“The city has some very avant guard specifications in it’s zoning for this property, the first floor is designed for those with limited mobility and has many specific requirements for adaptive living,” David Smith said.

Long time Beaconsfield resident Patty Légaré sees herself moving to a unit on  adaptive living first floor one day in the distant future.

“Is a necessary reuse of this space and I am comfortable with the fourth floor as long as the required 13 metre height does not change,” Légaré said. “When my place is too much for me I can see myself moving in there. The developers have demonstrated excellent good will in accommodating our misgivings. The whole thing so far is operating with exception good will and cooperation.”