The 2nd annual Desjardins Half Marathon was an outstanding success last Sunday, June 18 in Pointe Claire. There was something for all levels starting first thing in the morning with a 21 km race followed by 10, 5, 2 and 1 km races. The weather was warm and sunny; smiles were plentiful.

The race was sold out and all to benefit the Alzheimer Society. 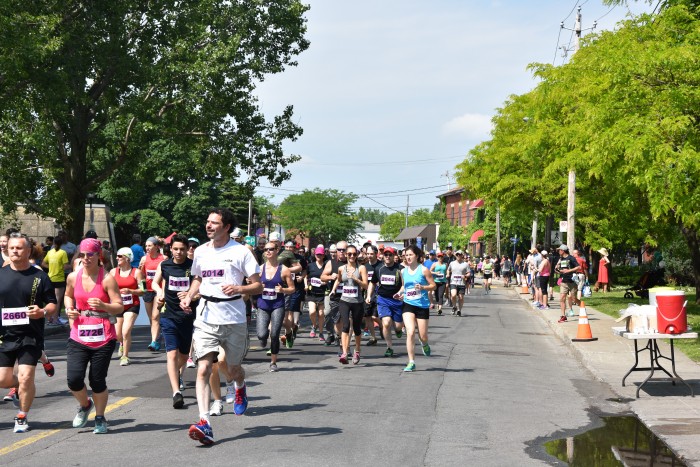 “I did it,” shouted 5 km runner Paul McIntyre. “I had some health issues last year, and this is a special moment for me. When I hear the word impossible I turn it around to say I’M POSSIBLE.”

The race begins and ends in the quaint Pointe Claire Village. Runners take to the streets, tunnels, bike paths, parks and the beautiful shores of Lake Saint-Louis.

“This is my second year doing this marathon, and I love it,” said Beaconsfield resident Chantal Therrien. “It is one of the most beautiful courses to run. I also like the idea of how it shows off the Pointe Claire Village to those who have come from places like the South Shore or Quebec City. It will expose the village to more business opportunities.”

Desjardins took this opportunity to show off their new Igloo which served as a cool spot for runners to visit and enjoy a slushy snow cone. The snow cones were welcomed in the extreme heat. Desjardins also shared arm/headbands to all runners to wear. A true show of their continued support of local community efforts.

A race for a good cause

Proceeds generated by the race will be given to the Alzheimer Society that covers the Island of Montreal and supports people affected by this disease. 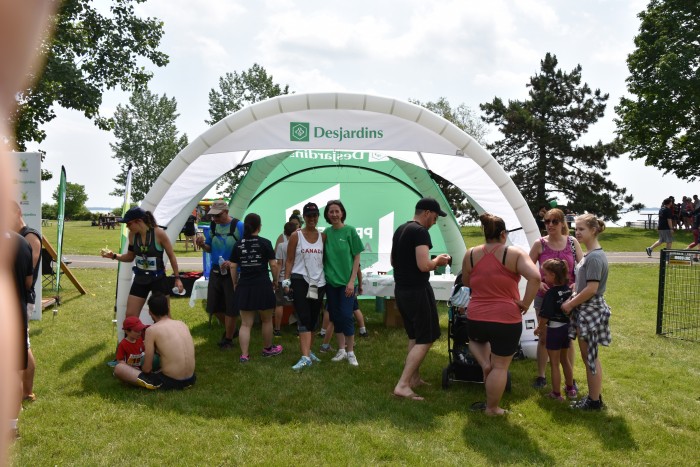 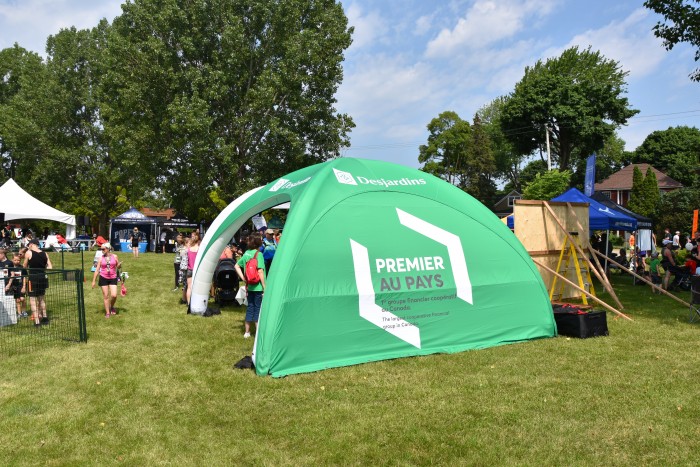