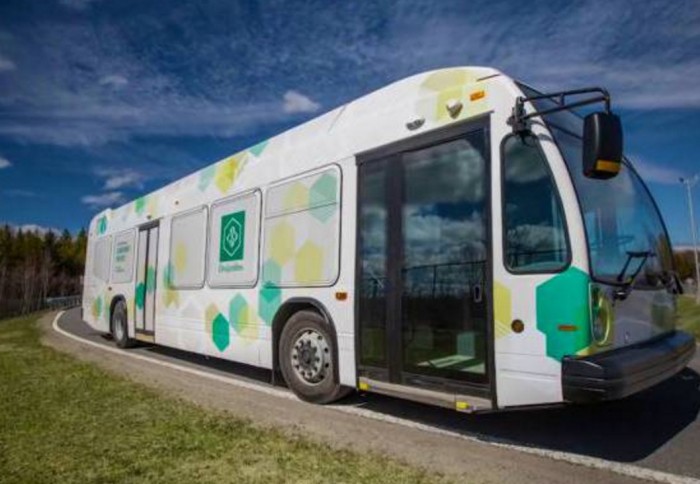 In an effort to extend their services, Desjardins Group has converted a Novabus into a mobile bank. The idea is to make it easier to serve those who may not have easy access to regular banking services such as seniors homes.

During the upcoming Neighbours 4 Neighbours (N4N) Food Drive, on November 19, between 9 a.m. and 2 p.m. at Beaconsfield Recreation Center, Desjardins has agreed to station the bus for anyone who wishes to take a peek. Anyone who shows up to the bus with a non-perishable item will be entered into a contest to win $1,000 to be donated to the charity of their choice. The bus will be stationed in Dollard Des Ormeaux on November 20, as a continuation of the N4N Food Drive.

The bus that has been converted into a bank runs on diesel energy while en route but operates on a ten-hour battery while delivering services. Home base for the bus is in the Laurentians. During this pilot project, the unit will move within a three-hour drive from home base and return every night for needed maintenance. 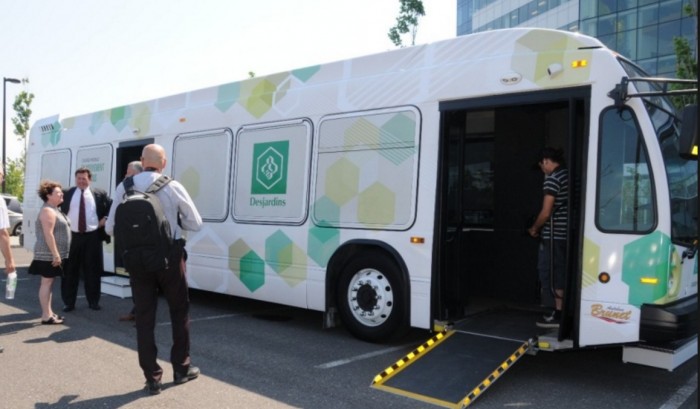