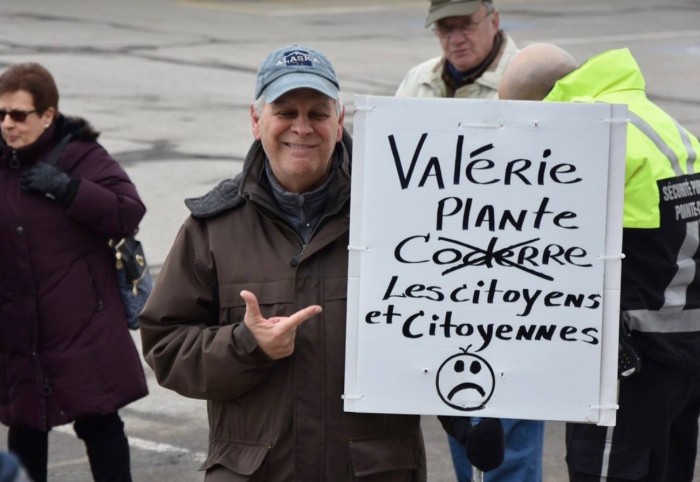 The Mayors of 15 cities walked out on Montreal Agglomeration Council meeting today in protest of the 2018 Plante-Dorais budget.

Faced with an average increase of 5.3% all 15 cities voted against the Agglomeration’s first budget under Plant-Dorais. Nevertheless, the votes proved insufficient to block the adoption. The demerged cities represent 246,000 Montreal Island residents that give more than half their tax dollars to the agglomeration but only represent 13% of the vote. 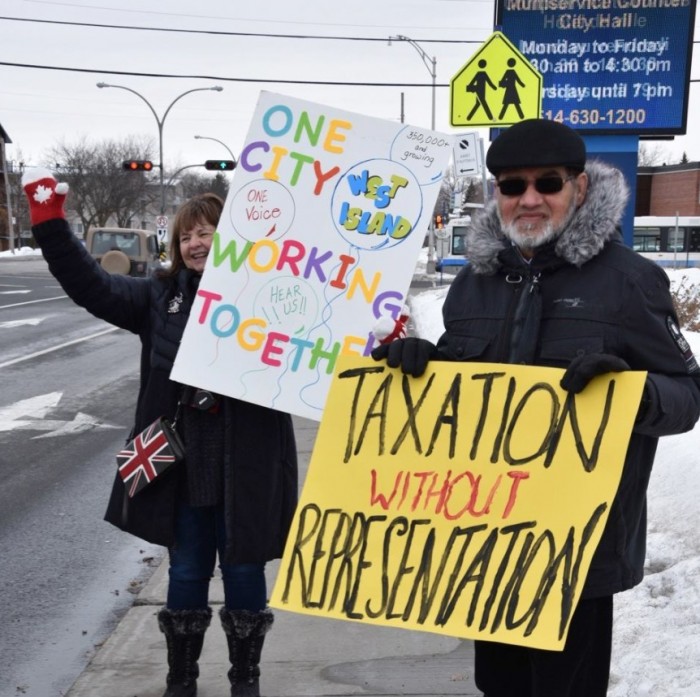 Many of the 15 cities will be drawing on their reserve funds to soften the blow to residents. After the vote on the agglomeration budget, the mayors of the demerged cities stood up to leave the council room, leaving the elected Montrealers alone to vote on the rest of the items on the agenda.

“The mayors of the ASM left after voting against the inflationary budget imposed upon our towns by the Plante-Dorais administration,” said Mayor of Montreal West, Beny Masella in an exchange with West Island Blog. “At the same time, we sent a letter (below) to the Minister of Municipal Affairs, Martin Coiteux, requesting his support in reforming the Agglomeration structure. Our letter specifically states that we want to work with the Plante-Dorais administration to develop a structure that treats all island citizens equally. As it stands now, the 246,000 citizens in our towns do not have any real say or vote on the Agglomeration issues. During the budget approval meeting, Mayor Plante promised that going forward, we would have more of a say in the budgets and well ahead of deposit. We hope her promise also applies to working with us to restructure the Agglomeration.” 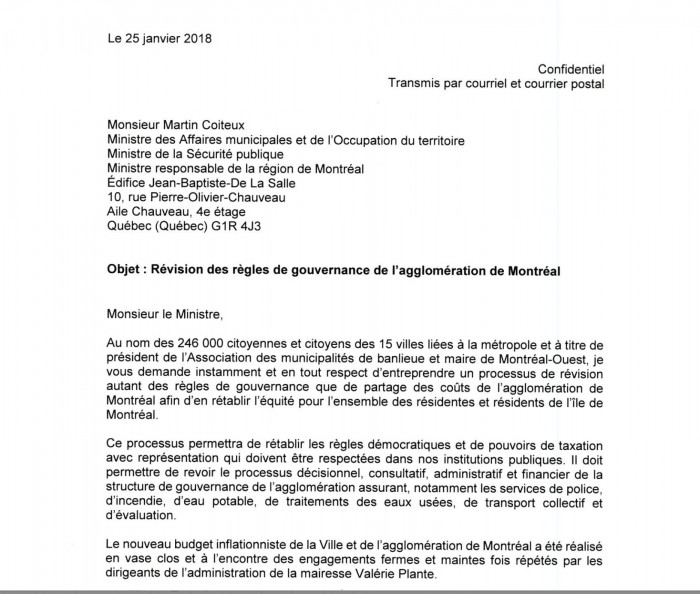 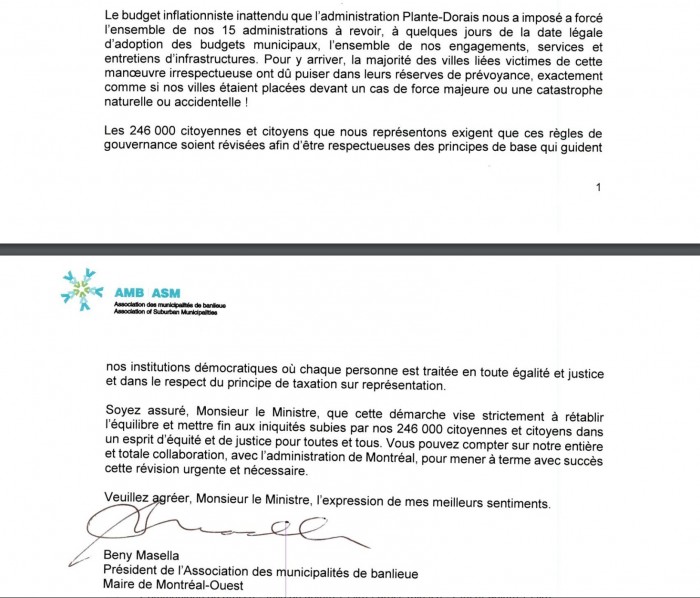