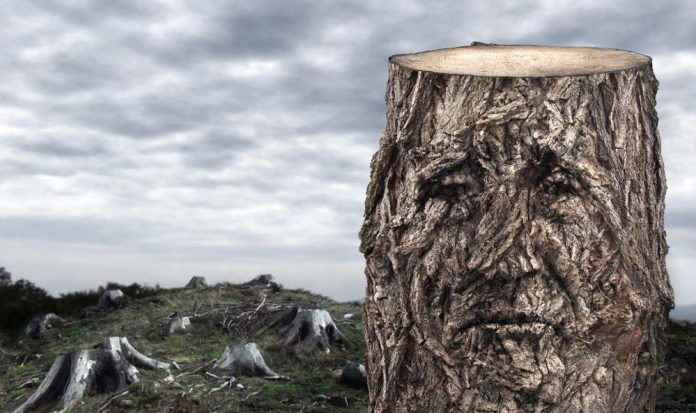 P.E.I’s Environment Minister Steven Myers told the legislature on Thursday 6 that it will take a generation to mend the environmental damage caused by the last decade of deforestation on the region.

For a second successive day, Myers was asked in the legislature regarding the state of the province’s forests, prior to a report highlighting the results of the regional-wide aerial survey carried out once in every 10 years.

The survey has already been carried out and P.E.I is awaiting analysis of the pictures.

However, Myers said his department has advised him the drop in hectares of forested land on the Island from this survey

“looks somewhere around 20 percent reduction, which I would consider very drastic.”

Myers said the final tally could vary. His department made it clear that the reduction is compared to results from the 1990 aerial survey.

If Myers’ figure is correct, it would signal a major increase in the rate of deforestation, with much happening in the past decade compared to the 20 years before.

“That truly is drastic and a shocking statistic,” said Opposition leader Peter Bevan-Baker in response.

Moments later, after another Q & A, he said he was “kind of still reeling from the first statistic the minister gave us.”

During Q & A period, Bevan-Baker spoke about seeing entire acreages with woodlots that had been carefully managed for generations clear-cut when those lands changed hands.

“I’m very concerned” regarding that, Myers said in response.

In the late 1990s, responding to public concerns about deforestation, the government of Pan Binns introduced legislation to regulate the private harvesting of trees, then quickly toned down the law in response to opposition from the United Landowners of Prince Edward Island, who said the new law violated on their property rights.

Almost 90% of land on the Island is privately owned, meaning changing the practices of private woodlot operators will be key to turning around the province’s forestry fortunes. However, Myers said he does not expect a battle with landowners this time around.

Whereas the province has not yet released a plan outlining how it intends to reach its target of net zero emissions by 2040, Myers said trees acting as carbon sinks will be key.

Report will show what replaced forests

He said when the results of the survey are published, it will offer details on what initially forested land has been turned into.

But Gary Schneider, who manages the Macphail Woods Ecological Forestry Project, said he was not shocked by the reported drop and believes he knows what is responsible.

Schneider said he thinks clearing trees for agricultural land is one of the major factors. Another factor, he said, is clear-cutting to create wood chips for boilers P.E.I has installed to heat public buildings.

Myers said he wants to see the region double the number of trees planted each year, from one to two million.

“We definitely need more trees,” Schneider said, but questioned recent practices of planting fields of all the same species, which he said are more prone to insects or disease, or of planting trees “meant to be cut down as soon as they reach a (small) merchantable size.”

“If people are clear-cutting their woods now, why would we give them a bunch of taxpayers’ money to put a plantation in place? They most likely will just clear-cut them again,” he said.

However, Myers said he does not intend to wait for confirmation of the figures before making amendments.

The damage done will impact generations to come, he said.

“The best we can do now is to mitigate them and start trying to reverse them. It will be well into my children’s time, when they’re my age before we can reverse it back to 2010, even. But I think we have to start the work today.”