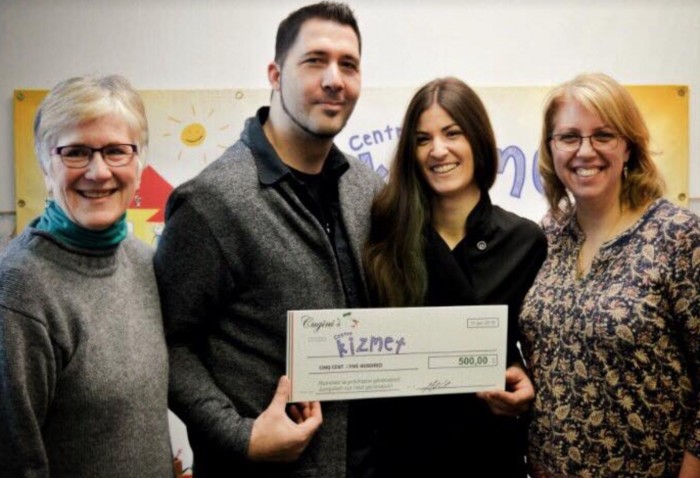 Owner of Cugini’s Pizza Cafe in Beaconsfield, Germano Mustone, became a household name a couple of years ago when he brought the taste of Italy to the West. He has been known to help those in need as well. During the flood of 2017, his team delivered numerous meals to the army that was stationed in Pierrefonds and volunteers heeding the call for help during the state of emergency.

Over the past year, his establishment collected $2 from any gift certificate valued at $30 and $5 from those valued at $50 purchased this year. Much to his pleasure the amount raised amounted to $500 which he donated to West Island Association for the Intellectually Handicapped’s (WIAIH) Kizmet Foundation.

“Cugini’s would like to thank everyone who donated to the Kizmet Center,” Mustone said. “We were able to raise $500 for an incredible cause. It’s because of people like YOU that make a difference in the hearts and minds of others. We are extremely grateful for your support.”

The Kizmet project aims to tackle childhood vulnerability on the West Island. Their mandate is to produce positive outcomes for children in need of support in the first six years of their lives.

“Nothing will have a greater impact on the social or economic development of our world than investing in children and those who take care of them,” Kizmet Centre.