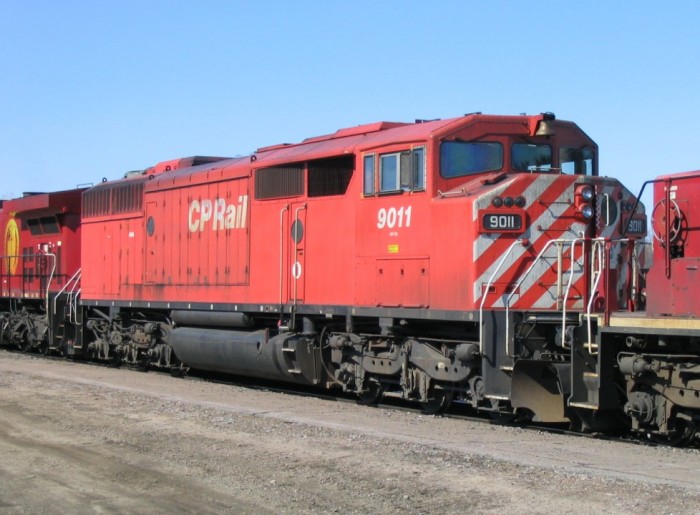 Though there has been no consultation or is the date of the speed increase set at this time, Canadian Pacific Railway (CP) has informed the City of Beaconsfield that there will be an increase of 20% in the speed of their trains that run through the city.

According to Beaconsfield Mayor, Georges Bourelle this endangers the safety and quality of the local residents.

At the June 20, public meeting, Bourelle read a prepared statement indicating that on May 31, the City received a letter  from CP to inform them that train speed would increase from 50 to 60 miles per hour for the thirty plus trains that run through the city every day.

City authorities have no legal power to oppose this change but went ahead and passed a resolution condemning the increase.  Beaconsfield Councillor, Pierre Demers, voted against the resolution suggesting that the resolution was simply a political move.

“Those of you that know me, know I do not vote for these types of feel good resolutions that really have no impact,” Demers stated. “I have done some research and found that the increase has been coupled with an advancement in technology that supports it.  The increase of three decibels is barely perceivable to the human ear and I do not feel it will have an impact on residents quality of life.”

According to Demers, railways are governed by Federal regulations and it is in nobody’s interest to endanger the lives of our residents. As a

“As a Council we have no facts supporting the claims made by the Mayor in his statement,” he explained, “I prefer to deal in facts vs speculations. We rushed into this and we didn’t need to.”

Bourelle disagreed with Demers, “We have to take every reasonable measure to prevent (rail accidents) them. Increasing train speeds, and increasing the noise they make passing by and the potential severity of accidents, are certainly not responsible or well-advised decisions on the part of CP administrators. We must denounce and oppose these decisions. This is a matter of community safety, not corporate profit.”