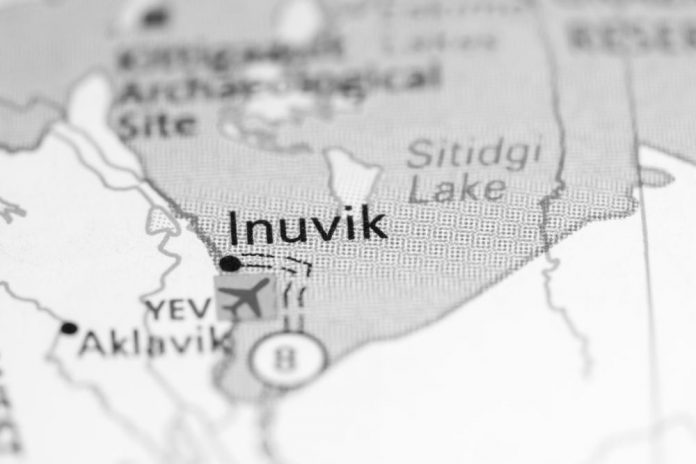 A COVID-19 case has been reported in Inuvik, N.W.T., prompting a public exposure for a flight from Edmonton which had several stops in the territory.

The new infection was confirmed by the Office of the Chief Public Health Officer Monday evening in a press release.

The infection is related to out-of-territory domestic travel, and the individual is self-isolating and doing well, the news release says.

In total, there are now 9 active cases of COVID-19 in the Northwest Territories, 6 of which are in Yellowknife and 2 in Fort Smith, N.W.T.

All positive cases in N.W.T are sent to southern laboratories to test for a variant of concern. Health authorities say they will update the public if any infections are determined to be a variant.

Potential public exposure to COVID-19 is being given for Canadian North flight 5T 244 on Saturday from Edmonton, with flight stops in Yellowknife, Inuvik, and Norman Wells.

The territory says public health worked with the airline to get flight manifests and is calling passengers who may have been sitting in affected rows.

Health officers say just those in the rows identified are considered to have an exposure risk.

“No one else on the airplane is at risk of exposure. This is based on the expert assessment of the Public Health Agency of Canada,” the release says.

Those in identified rows who have not been reached out to should continue self-isolating at home for 2 weeks after arrival, as required, along with household members, if they are not in a self-contained unit.

Any individual in a seat indicated above should contact their local health center to identify being a possible contact seated in an affected row and plan for COVID-19 testing.

Diavik Diamond Mine outbreak over

The Office of the Chief Public Health Officer has additionally declared the outbreak at Diavik Diamond Mine, which began on April 3, to be completed.

The last individual to develop symptoms of COVID-19 whereas working at Diavik Diamond Mine was on March 29, the news release said.

There were two confirmed cases related to the outbreak and both persons were out-of-territory employees infected with the B.1.1.7 variant. Both persons are recovered, according to the news release.

The mine, situated around 399km northeast of Yellowknife, has multiple additional measures in place because of the outbreak including the increased wearing of masks (using them at all times unless drinking, eating, or alone in dorm rooms), the closure of recreating facilities and communal areas, and fast antigen testing before boarding flights and tests throughout the time at the camp.

Both resident and non-resident rotational workers on petroleum and mineral projects in the N.W.T. are being inoculated too.

“The decision to vaccinate non-resident rotational workers is supported by the federal government and is occurring in other jurisdictions across Canada reliant on transitional workers to deliver essential service,” the press release says.

“Recent remote worksite outbreaks in the N.W.T. and the development of new COVID-19 variants in other parts of Canada have highlighted the importance of protecting rotational workers living and working inside our borders.”