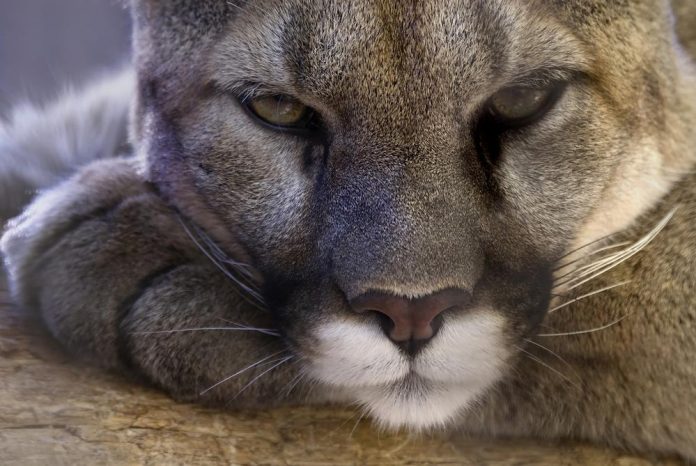 In Vancouver, a resident of Coquitlam complained that she was scared of going outdoors. The reason for this is because of aggressive cougar behaviors in the region. According to her, she’s frustrated due to the offhand response of the BC Conservation Officer Service.

Her revered Havanese pet dog Lucy, on Tuesday night, suffered a cougar attack outside their family home close to Scott Creek Middle School. The yard of the house is adjacent to a wooded area beside the creek.

Gerhard, Kerry’s husband, pursued the cougar through neighboring home’s backyards until he could get the cougar to drop the dog, and it ran off after that.

“Lucy is in critical condition. She had major brain surgery on Thursday. We hope she’ll survive. We don’t know that at this stage. She’s doing pretty well, but we don’t know.”

Not long after, van Aswegen saw in another related news that another puppy was killed in a separate cougar attack in the Burke Mountain neighborhood of Coquitlam. At this point, she couldn’t contain her anger anymore.

In an interview she had with CTV News Vancouver, she made her anger known that conservation officers aren’t doing enough. They are supposed to track, capture, and relocate the cougars in Coquitlam. The city also did not put up adequate signs to warn people of the dangers posed by the cougars.

“Trap them and get them out of here. Cougars do not belong where the public is. They stalk people … I was told that they’re afraid of people. Well, I can guarantee you this guy was not afraid of us.”

The acting Sergeant of Alicia Stark of the BC Conservation Officer Service made a statement, she said, that conservation officers are monitoring a number of cougars that are moving through the Tri-Cities presently.

The service is of the opinion the cougar that attacked Lucy and the other cougar that killed the puppy close to Burke Mountain isn’t the same.

Moreover, Conservation officers ensure they follow-up all cougar sightings reported through the provincial Report All Poachers and Polluters line.

The service also expressed reluctance to increase measures like traps in a situation where the cougars have not gone beyond their natural habitat.

“We do take every report very seriously, especially when it involves a dog. Most of us in this organization are dog owners, and we would hate to see any more dogs get taken. That’s not what we’re waiting for. What we’re doing is giving that cougar the benefit of the doubt.”

She stated that cougar from Burke Mountain might not pose a threat to humans and disclosed that conservation officers had laid a live trap for it.

If the cougar is caught and is confirmed to have killed the Burke Mountain puppy, it’ll be put to sleep, Stark said.

“Last night, we had an incident with this other cougar that we’ve set a trap for, where it ran at a person,” she said. “That is bold behavior. Going after a dog can be seen as predator-prey behavior.”

Stark also disclosed that if the trap catches another cougar that displays peaceful behavior, it’ll only be relocated.

She stated that the service must strike a balance between overriding wild animals that pose a danger to a man at the same time avoiding any sort of interference with wild animals that are going with their instincts.

“We don’t want to kill every cougar. Especially when there’s no need to do it.”