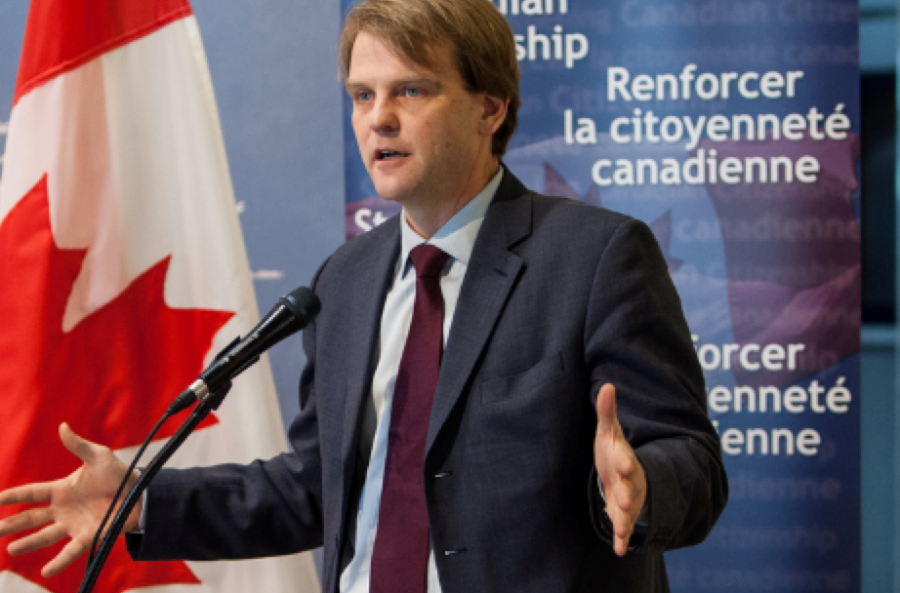 The federal government’s Minister of Citizenship and Immigration Canada, Chris Alexander and Minister of Public Safety and Emergency Preparedness Steven Blaney made an announcement to the media last Thursday about the Conservatives initiative to curb Canadian citizens from leaving the country to take part in terrorist acts; namely joining up ISIS to fight against coalition troops in Syria and Iraq.

“We will not let terrorists use a Canadian passport as tool for terrorism in order to carry out unspeakable acts,” Alexander told the assembled.

New rules that will be enforced by both ministries will make it harder for dissident citizens to travel with a Canadian passport.

Alexander said that recently, some citizens “have fallen prey to ISIS who have recruited Canadians to kin them in committing atrocities against humanity.

Because the terrorist organization ISIS has declared war against “Canada and its allies, we must do what is required to keep Canadians safe as the safety of our citizens  is our highest duty,” Alexander said.
Those citizens that have left to fight for ISIS have had their passports revoked and the government’s new plan will allow passports to be revoked or refused for those “who might leave to go fight for ISIS.”
Citizens who have “dangerous trips planned can also have their passports canceled,” said Alexander.  The Minister also noted that citizens who plan to visit countries for sex tourism with children will face the same passport rules as willing ISIS fighters with revoking penalties doubling from five to ten years.

“This is a new tool to fight terrorism,” said Blaney.

“We have redoubled our efforts to counter terrorism such as the recent passing of Bill c-51 in the House of Commons,” said Blaney.  “Traveling for terrorism purposes is a major crime that will be not be tolerated.”

“We will not be terrorist exporters nor will we ignore the potential for high risk travelers who would go to join ISIS, train there and then return to start a jihad in Canada,” Blaney said.

Both ministers explained that the new powers to revoke or refuse passports will be based solely on “proof of intention from the would be traveler in order to prevent terrorism before it a strong case has been presented,” Alexander said.