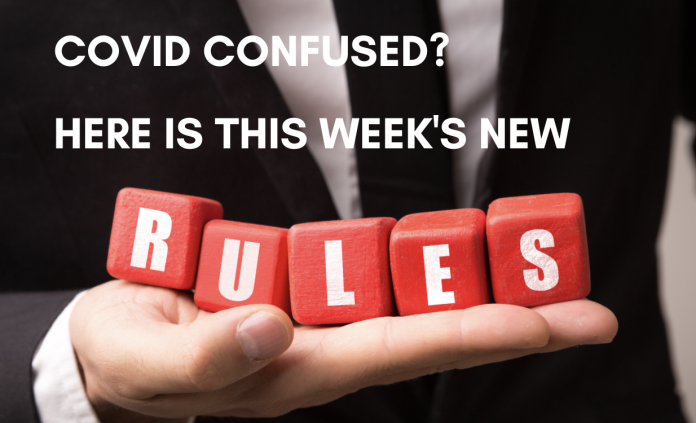 Here is an update on recent decisions and actions by the Canadian and Québec governments in connection with the COVID-19 pandemic.

Stores to be closed from December 25 to January 11Imposing a generalized pause to curb the second wave of the pandemic, Québec Premier François Legault announced that non-essential stores will be closed from December 25 to January 11.This measure will affect most stores, with the exception of grocery stores, pharmacies, hardware stores, garages and a few others. To prevent box stores, which offer a broad variety of items, from enjoying an advantage over more specialized stores, they will be required to sell only essential goods. Inspectors from the Commission des normes, de l’équité, de la santé et de la sécurité du travail (CNESST) will oversee compliance with these rules.

Financial assistance programs for the owners of these stores will apply, as will programs to support the wages of workers eligible for federal assistance, for one week.

Other measures have been added to limit social contacts as much as possible before the resumption of general activities on January 11. “We want to maximize the possibility of curbing the spread of the virus and help our healthcare workers so that our hospitals don’t become overwhelmed in January,” said Premier Legault.

There are currently 7,401 workers in the health system who are absent from work. At the peak of the pandemic in the spring, 10,000 were absent. This adds to the healthcare problem, said Mr. Legault.

Office workers, with some exceptions, should work remotely as of Thursday until January 11. This measure applies to workers in both the public and private sectors.

Daycares will remain open, but parents who are able to are encouraged to keep their children at home from December 17 to January 11. School daycares will stay open for people working in essential services.

Schools will reopen on January 11. The premier stated that the plan is to stick to this reopening date, and not extend it, as occurred the spring. “Above all, we want children to be able to return to school,” said Mr. Legault.

Also with the goal of reducing contagion and social contacts, the government is imposing an automatic change in alert zones from yellow to orange and from orange to red across the province, from December 17 to January 11.

“This will have an impact on gatherings as well as on restaurants,” said Mr. Legault.

The government is allowing people who live alone to visit another family bubble during the Holidays rather than limiting them to receiving only one person at a time in their home.

Premier Legault specified, however, that if a parent living alone has three children, for example, he or she will only be able to visit one child’s family bubble, not all three. However, this parent will be able to visit the same family several times.

The measure also allows a student living on campus to return to his or her parents’ home for the Holidays.

“This is a calculated risk. We want these individuals to maintain social relations and to limit the impacts of isolation on people living alone.”

Private and public gatherings continue to be prohibited, including in people’s backyards. However, the government has relaxed the rules for outdoor activities and team sports.

Up to eight hockey enthusiasts will be able to play on a rink, while skiing  instruction will be permitted, with eight students per instructor. Outdoor sports, including cross-country skiing and snowshoeing, will be permitted for groups of up to eight people, with the recommendation that they respect two metres’ physical distancing, even though there is a lower risk of COVID-19 contagion outdoors.

Outdoor parks, such at the Montréal Botanical Gardens, will be open during the Holidays.

“It’s good for people to go outside,” said Mr. Legault. The national director of Public Health, Dr. Horacio Arruda, added that the goal of relaxing these rules is to enable people to be physically active. Gatherings in parks to sit and chat remain prohibited.

Approval process for the Moderna vaccine

Prime Minister Justin Trudeau announced that Health Canada experts could approve the new Moderna vaccine against COVID-19 in the next few days and that this would make it possible to receive 168,000 doses over the next few weeks.

Mr. Trudeau added that under the purchasing agreement for the only vaccine that is currently approved in the country, namely the American-German Pfizer-BioNTech vaccine, 249,000 more vials of the vaccine should be received by December 31. The government has also deployed 56 more vaccination sites, for a total of 70.

If all of this rolls out as planned, close to 209,000 people could be vaccinated before January 1.

Without providing any detailed information, in order to safeguard the mechanisms put in place for the distribution of the vaccines, the high-ranking military official said that all necessary security measures have been put in place. To date, no incidents have been reported.