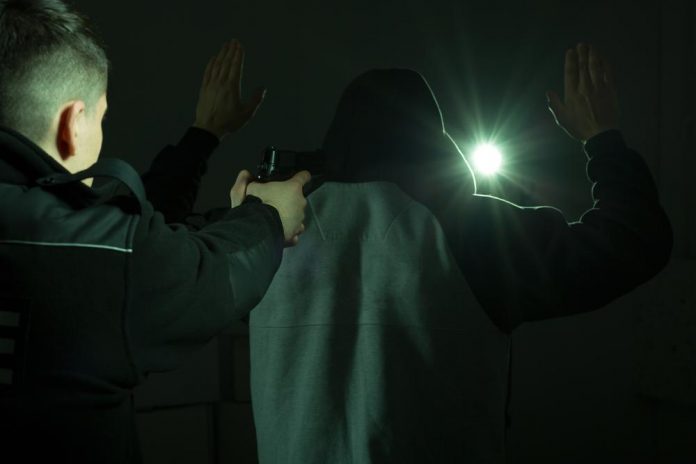 A resident of Saint-Hubert says what she thought would have been a short walk from the bus terminus turned into an hour-long ordeal in the hands of the police. While she claims to have been assaulted in the incident, she is staring at a criminal charge.

The woman, Destinee Savvy-Lewis, aged 24, was walking on the street at around 6:30 pm, last Tuesday, to avoid the snow on the sidewalk, she noted, before she crossed the road heading to her door.

However, the police approached and asked her to get off the street and use the sidewalk. She noted that she explained to the police her intention to cross the street at the next intersection. One Officer got out of the patrol car and went to talk to her.

Savvy-Lewis, who is a person of color, notes that she explained where she lives, but the Officer grabbed her arm. She added that after a short scuffle, the police threw her to the ground, and made an attempt to her arrest her on assault charges. The Officer’s partner got out, and to help hold her down, she remembered.

She was held in cuffs in the back of the police car for about an hour as backup came. She notes that at the time, she felt scared and kept inquiring whether she could reach her mother via phone. Savvy-Lewis says that this incident left her with cuts on her lips and both arms, as well as swelling and bruising from the cuffs.

Claudine Despres, the Longueuil police department spokesperson, noted that the matter is under police intervention and that internal affairs is looking into the matter. She added that they might launch an investigation.

One Montreal activist, Fo Niemi, notes that this case feels like part of the winder pattern. He added that this is something they have seen in Montreal, and they can’t help but wonder what could instigate such a response.

Savvy-Lewis stated that she presented herself at a local police station to file her complaint even as the rest of her family considered taking things further to the Human Rights Commission in Quebec.