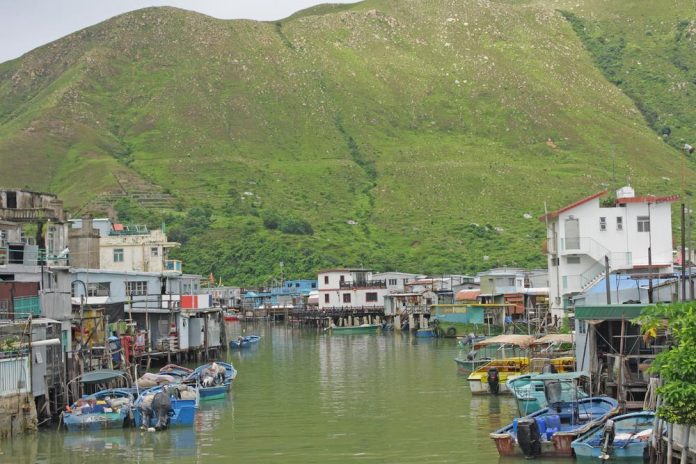 As expected, statistics indicate that collisions in areas where the Royal Newfoundland Constabulary in Newfoundland and Labrador patrol fell last year as drivers were indoors due to the COVID-19 pandemic.

However, if you assumed that would lower car insurance rates, you are wrong.
In fact, an organization that studies car insurance price quote trends in Canada presented a study last month that proposes rates increased in Atlantic Canada in 2020.

Nonetheless, the increase rate was admittedly lower than in the pre-COVID-19 times, and insurance businesses have gloated over offering millions in rebates and premium deferrals to clients.

Throughout Canada, it was the same story despite the fourth quarter of 2020’s price quotes being lower than those of 2019 and drivers in Ontario being the primary beneficiaries of the lower rates.

A representative for HelloSafe.ca, an insurance comparison website in Paris established in 2014 and recently set up in Canada last year, stated the Atlantic Canadian findings are “quite surprising.”

Investigations by HelloSafe discovered that price quotes in Atlantic Canada rose by 13 percent at the beginning of 2020, 11.5 percent mid-year, eight percent in the third quarter, and 2.6 percent at the end of the year.

Although the trend was good, drivers were concerned about their pocketbooks; Desoutter noted that he was surprised rates weren’t lower.

“Many drivers couldn’t use their cars during the pandemic, and we should expect a general decrease in prices.”

Desoutter said if the trend continued,

“We can expect for 2021 a decrease in prices for drivers in Newfoundland and all across Canada.”

According to the trade association that represents auto, home, and business insurance organizations in Canada, this is not certain.

The Atlantic vice-president of the Insurance Bureau of Canada, Amanda Dean, said that accurate information for the trends for 2020 would not be availed until the General Insurance Statistical Agency issues its per-province statistical analysis of insurance claims, which may happen in June.

Dean stated that insurance organizations would then utilize this data to get ready to present rate applications to various regulatory institutions across Canada. This includes the Public Utilities Board in Newfoundland and Labrador.

Claim severity on the rise

Dean claimed it looks like there was a drop in claims, but the severity of claims escalated in most cases.

Recently during an interview from her Halifax office, Dean said,

“Some individuals were taking the opportunity of vacant roads to drive at excessive speeds, so it stands to reason the severity, the cost of claims would increase because you increase speed and you increase the impact.”

Even without any official statistics, HelloSafe approximates that insurance organizations in Canada dispensed $2.7 billion less in claims in 2020. Desoutter reckons the savings in Atlantic Canada are at an estimated $350 million.

Steve Marshall, St. John’s personal injury lawyer, believes insurance businesses did exceptionally well last year, saving big on insurance claims and Section B medical benefits for treatments such as physiotherapy, which were not accessible for long periods in 2020 due to pandemic lockdowns.

“You’re certainly upwards of a half a billion in total — B as in Bob — in savings during the pandemic.”

“I just got my renewals. My rates didn’t go down. So I don’t know. I guess they keep that money and put it in their profits.”

In fact, information put together by the RNC, whose coverage area consists of Churchill Falls, the northeast Avalon Peninsula, Corner Brook, and Labrador City, indicates there was far less chaos on the roads in 2020.

Although it’s still early to compute the total number, the RNC claims there were 1,330 collisions in 2020 that ensued in critical property damage. In 2019, the estimates were 2,259 collisions which is a drop of roughly 40 percent.

Notwithstanding, Marshall stated N.L. drivers are not badly off in terms of insurance. He said, “For a million dollars protection for you and your family, compare that. I’m not saying it’s a good deal. It’s still a lot of money. But relatively speaking, car insurance in Newfoundland and Labrador is still a good deal.”

However, Amanda Dean refuses the idea that insurance organizations were greedily gaining from the pandemic.

“Here in Atlantic Canada, from the start of the pandemic to Dec. 30, insurers gave back $80 million and deferred another $8 million in premiums. So not insignificant numbers”

As for medical benefits, Dean said,

“there were still claims happening.… Section B was still being used.”

Furthermore, she claimed that vehicle traffic patterns are gradually returning to pre-pandemic levels, particularly in rural areas. The permeating trend in Newfoundland and Labrador has been among the steadily rising claims payouts by insurance organizations.

Dean explained that partial increases last year were most likely the outcome of regulatory rulings before the arrival of the pandemic.

She observed that many insurers willingly paused some of those increases due to the pandemic. However, vaccination rates are rising, and hope is emerging that an end to the pandemic is near.

“So if a rate increase is required because of claims history within that province, and that insurers’ experience, they will be filing for it.”

“And it’s important to note that just one or two years of claims experience doesn’t typically impact what is happening in terms of rate filings.”