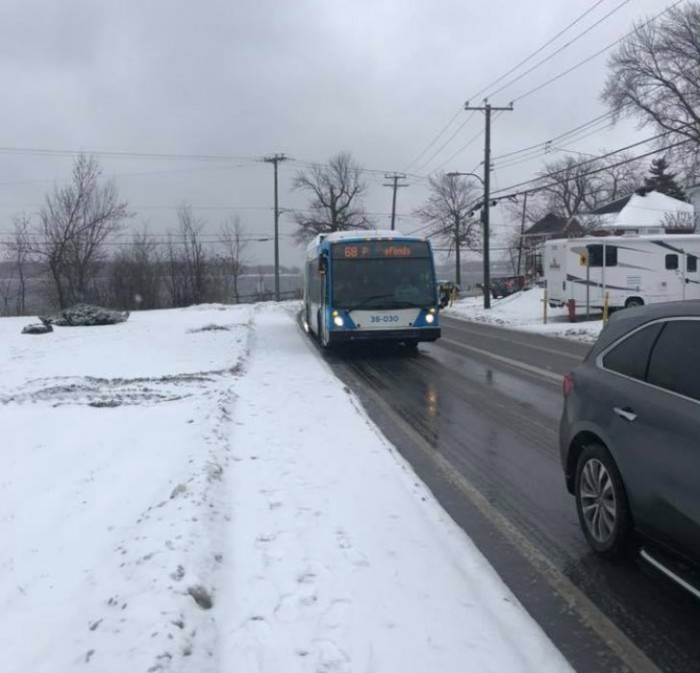 A Pierrefonds city councillor discovered firsthand how frustrating, time-consuming and costly taking public transportation from the West Island to downtown Montreal can be.

Benoit Langevin, City Councillor for Pierrefonds-Roxboro, decided to rely solely upon public transportation to get him from Pierrefonds to Montreal’s Hotel-de Ville last November.  Furthermore, Langevin had a strict schedule he needed to adhere to, as he needed to drop off and pick up his kids at daycare and school at a specific time to avoid paying overtime charges.

“I decided to take innovative, trendy and eco-friendly modes of transportation,” said Langevin, admitting that he needed to take his kids to school by car in order to even have a chance at getting to work on time.

Langevin had to be downtown by 9:00 AM, so he got to the 68 bus stop on Gouin Boulevard and Pilon Street a bit before eight o’clock.  The bus never showed up, and he was forced to take the 8:20 bus.  He was then forced to take another bus, a train to Vendome and finally the metro from Vendome to Champ-de-Mars.

Langevin never made it to work on time.  He showed up nearly an hour late after a nearly two-hour commute that cost him $8.  To make it back on time to pick up his kids from school at 5 PM, he would need to leave work at 3:20 PM.

While Langevin took the time to recount his experience, the lack of public transportation to the West Island forces West Islanders to take their cars into town on a daily basis.  Concordia University student Matthew Shanahan, who lives in Ste. Anne-de-Bellevue, drives to the university’s Loyola Campus whenever he has class.  “I live in an area where public transit is scarce, especially after 8:00 PM, which is when my classes finish,” he says.  “In theory I probably could drive to a train station or a nearby bus terminal, but it wouldn’t save time and would just be too much of a hassle.”

After using public transit for a day, Langevin came to a realistic conclusion about the service.

“I’m a Montrealer, and I hope that one day public transportation will be able to compete with the car,” he says.  “For the moment, eco-friendly branding is trendy, but the reality of the situation is something else…”

Langevin gives a more detailed account about his experience on his Facebook page, which you can read about here (in French): https://www.facebook.com/langevin.benoit/posts/10217714351114306.