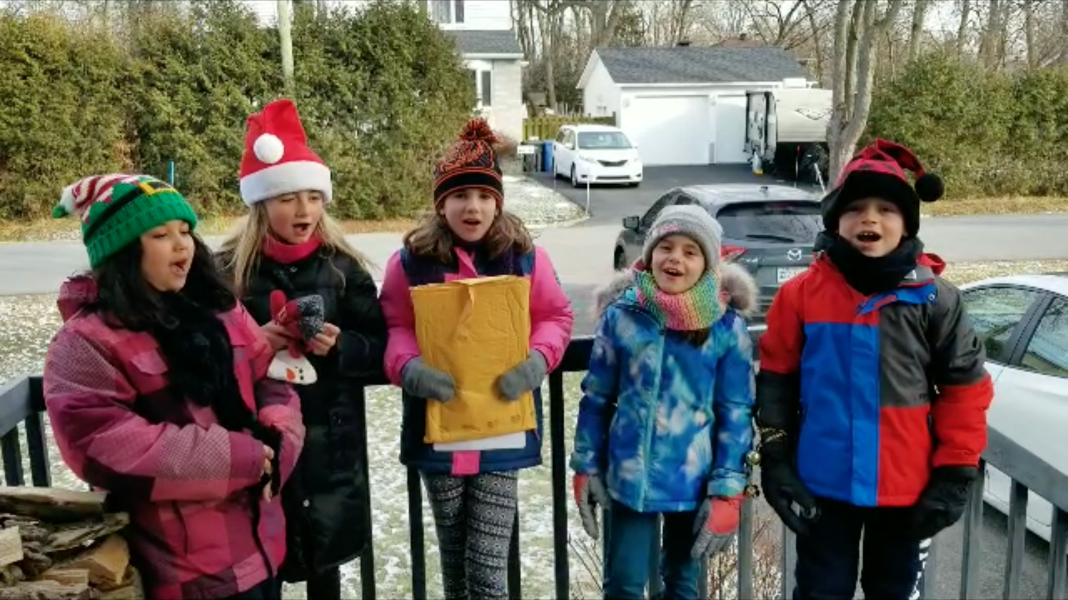 A group of school friends from the city of Beaconsfield took it upon themselves to go out Christmas carolling this holiday season. What started as a fun seasonal activity quickly turned into something much bigger.

“She asked me if I can print out some Christmas songs for them to rehearse, which I did, thinking to myself, that’s really sweet of her to go Christmas carolling although I thought it was just a way to hang out with her friends, none the less cool!” says Demo Pedulla, the father of one of the young carollers.

He was surprised to learn that the children had raised over $500 from the generosity of their Beaconsfield neighbors. “the people were so moved by their gesture that they all started to donate.”, says Pedulla.

The group of friends has decided to donate the money collected to the West Island Women’s Shelter, a non-profit organization aiming at the elimination of conjugal violence and its impact on women and their children.

The following video shows the group of Beaconsfield children carolling for a cause.