Chelsea Gagnon hopes to run her second Scotia Bank Charity Challenge Half Marathon this coming May 29 in Ottawa.  Chelsea has Cystic Fibrosis (CF) which is why she is uncertain of her participation.  She spent the last two weeks in and out of the hospital making it impossible for her to attend a spaghetti dinner fundraiser put on by her friends at Fitness Loft on the West Island. 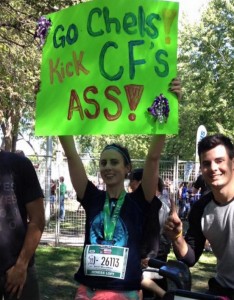 The event went well with friends and family gathering to help raise more than $2,000 and awareness for a disease that plagues more than 4,000 Canadians. Every week in Canada two children are diagnosed with CF.  Eight provinces in Canada do regular newborn screening so those diagnosed can get treatment sooner.

Pierrefonds resident and friend Mario Mailloux emceed the evening held at the On Rock food bank facility.  Mailloux referenced an article by pharmacist Joseph Hanna explaining how fifty years ago infants born with CF were not expected to live past childhood.  Today Chelsea and others suffering with the disease have a life expectancy in their forties.

Chelsea’s fitness coach for the marathon, co owner of Fitness Loft Mathieu Beauchamp, is holding out hope that she will be able to participate this year.

“She has had a rough go of it lately but we are hoping this won’t keep her back from the race,”  Beauchamp said.  “Last year she ran the 21 K  with the first five K going smoothly, the last portion was mixed with intervals of running and walking, with plenty of cheering from her supporters.”

According to Hanna, CF is a genetic disorder that gets passed on from your parents.  Normally mucus in the human body is thin and slippery which helps clear out dirt and germs. People with CF are born with a defective gene that causes this mucus to be thick and sticky.  As a result, the mucus is not cleared out of the lungs as quickly as it should be causing repeated infections which damage the tissue in the lungs making it difficult to breathe. 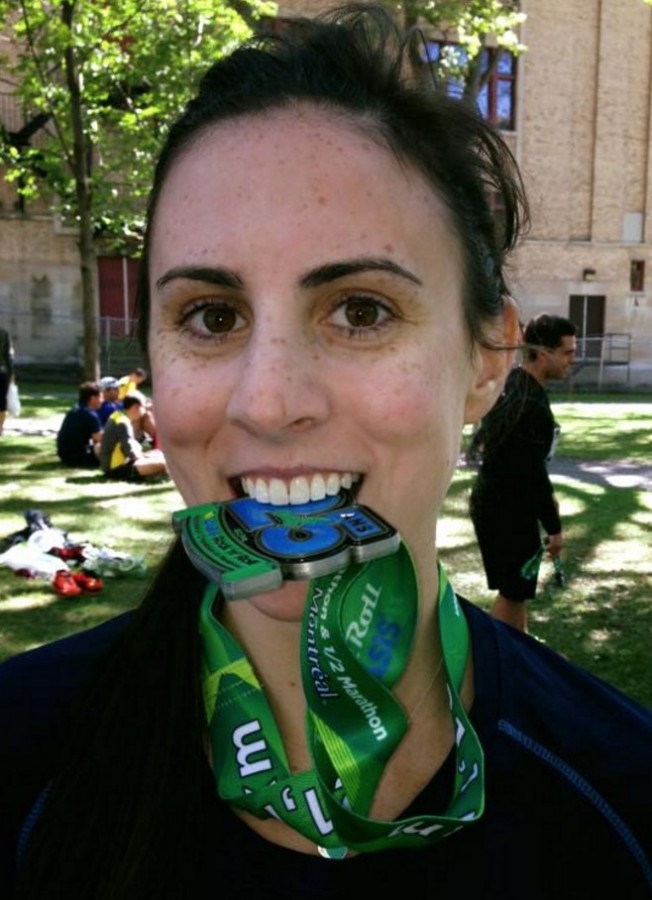