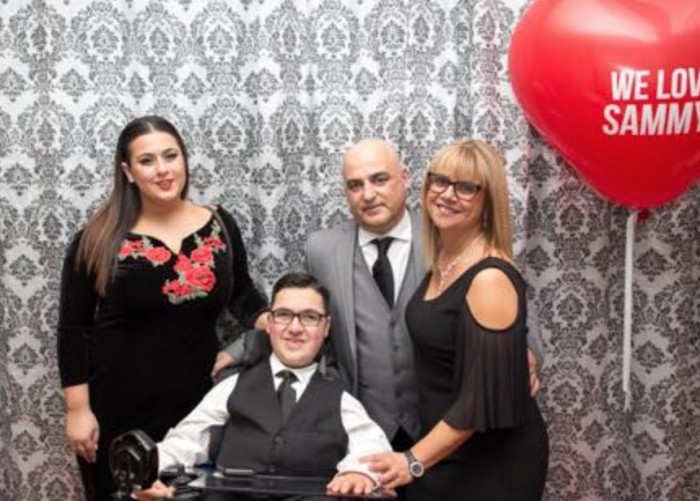 If there was a cure for your child’s fatal disease but not available to your child, what would you do?

Aniello and Rosa Cavallaro parents of Sammy Cavallaro, well known John Abbott honour student suffering with SMA (spinal muscular atrophy), will be heading to Ottawa tomorrow with a busload of supporters to protest at parliament hill against a decision taken last December not to cover the approved drug to save lives of children with SMA.

Sammy was supposed to live a short life of two years. Against all odds, he has lived to go to 18 years old. Sammy was born August 18th, 2000. A healthy baby boy until he was diagnosed with Spinal Muscular Atrophy at the age of 9 months. His parents were told that he was a Type 1 which meant that he would most likely die before his second birthday. Today he is a boy full of life and smiles. He beat the odds and is now living his life in a power wheelchair.

A drug called Biogen/Ionis-Spinraza was approved by the FDA and is made available in several countries. While it is available in Canada young parents will get no financial assistance. The drug cost about $750,000 per year per person for life. The regular channels will not approve payment because there are not enough children with SMA in Canada to warrant concern.

Parents have a small window to administer this new drug to save the lives of their children. They need help, fast.

SMA (spinal muscular atrophy) is a disease that robs people of physical strength by affecting the motor nerve cells in the spinal cord, taking away the ability to walk, eat, or breathe. It is the number one genetic cause of death for infants.

SMA is caused by a mutation in the survival motor neuron gene 1 (SMN1). In a healthy person, this gene produces a protein that is critical to the function of the nerves that control our muscles. Without it, those nerve cells cannot properly function and eventually die, leading to debilitating and often fatal muscle weakness.

SMA affects approximately 1 in 11,000 babies, and about 1 in every 50 Americans is a genetic carrier. SMA can affect any race or gender. 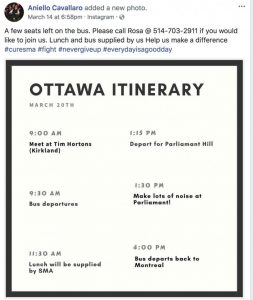