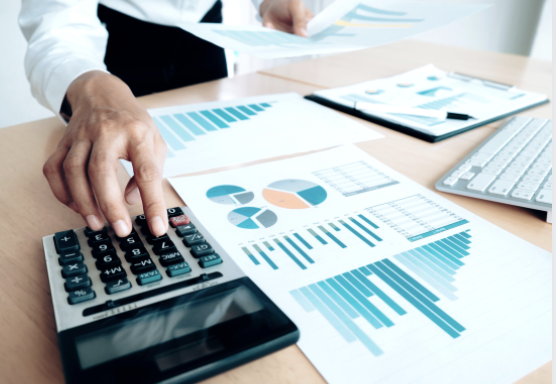 As restrictions related to Covid-19 are relaxed and more sectors reopen, the Canadian economy has begun to bounce back after an unprecedented year of challenges.

Canada’s gross domestic product (GDP), the total monetary value of all completed goods and services produced by a specific country’s economy, took a massive hit during the nationwide lockdown to help prevent the spread of the novel coronavirus. After growing steadily from around $1.85-trillion in 2015 to just below $2-trillion at the start of 2020, that number fell to below $1.65-trillion in the space of a few months.

However, not all industries suffered such a disastrous fate and some even began to thrive in the new business environment. The entertainment industries and companies operating in the digital space that are able to reach people in their homes, particularly, found a keen new market. The prime example would be online communication tools like Slack, which is headquartered in Vancouver, that has exploded globally as more and more people were forced to work and conduct business from their homes.

On the entertainment front, services like Netflix and Amazon Video have been thriving, but online gaming industries have also received a lot of attention from people looking for new ways to pass the time at home. This was underpinned by the merger of FansUnite and Askott Entertainment to form one of the largest iGaming companies in Canada in the middle of the lockdown. This has led to an explosion of casinos that accept players from Canada and the entire industry continues to look solid going forward. It should not surprise savvy tech investors, though, who would’ve had the burgeoning online gaming industry on their radar for some time already.

Food delivery is another industry that has seen a big rise in popularity in 2020. While there aren’t any major food delivery applications that are native to Canada, local businesses have been taking advantage of what is available, such as the Quebec-based meal-kit Cook. It has seen phenomenal growth throughout the lockdown and had reportedly tripled its annual projected profit growth within five weeks of the shutdown. The concept is simple: to provide locally-sourced, nutritionally balanced food that can be prepared in minutes to reduce waste and remove unnecessary mealtime stress.

Since the restrictions have been relaxed and industries have begun reopening again, the Canadian economy bounced back in a very impressive fashion. GDP grew by 3% to above R1.85 trillion as of July 2020 but remained 6% below where it was in February. According to Statistics Canada, every single one of the country’s 20 business sectors grew that month. The biggest gains were seen in agricultural production and a rebounding real estate market.

It could all be for naught, though, as a fresh outbreak of Covid-19 threatens to erase any gains the struggling economy has made over the last couple of months. Provisional numbers for August suggest this has already begun to happen with growth expected to contract to just 1% and, even taking the brief recovery into account, the government is facing a $343-billion deficit in its budget.

The contraction isn’t necessarily unexpected, as it is often the case as an economy shifts from a positive rebound phase to a more measured phase of recovery. Still, the threat of new restrictions and possibly even another lockdown could obliterate all progress made to this point. All indications suggest that September could potentially be the last month of 2020 that the Canadian economy will experience rapid growth and job creation, so plan accordingly.

“Even without restrictions, consumers and businesses may rein in spending activity in response to rising caseloads. The second wave is now upon us, and the course of the recovery will depend on our success in containing it,” TD Bank economist Sri Thanabalasingam told the Canadian Broadcasting Corporation.