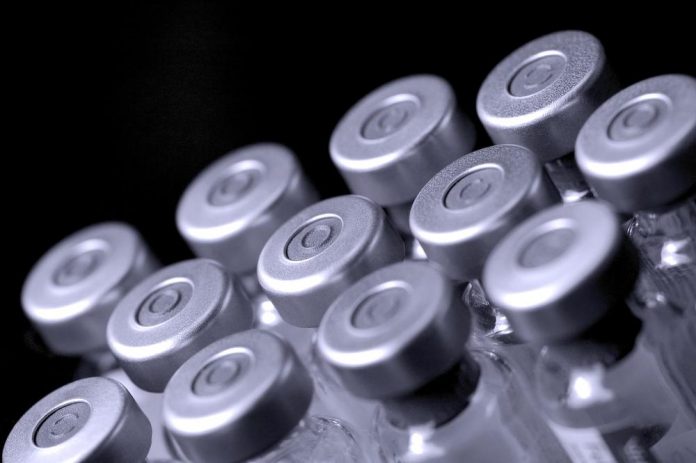 In the United States, harsh winter weather will delay a scheduled shipment of Pfizer vaccine doses to Canada by at least a day this week, a spokesperson for the pharmaceutical company told CBC News.

Pfizer ships vaccine doses from its Puurs, Belgium station via Louisville on to Canadian locations by air.

“Unfortunately, the inclement weather in the U.S. has caused a short delay of today’s planned delivery,” Pfizer spokesperson Christina Antoniou said in an email. “As a result, our delivery scheduled for today will be delayed by one day.”

However, deliveries for Wednesday and Thursday “remain on schedule”, said Antoniou.

“We are doing everything we can to try and reduce the delay as much as possible and sincerely regret any inconvenience this may have caused,” Antoniou said.

This is only the first time UPS has ever shut its cargo terminal, which handles over 400,000 packages each hour.

A blast of wintry weather has sent large parts of the U.S. into a cold freeze, producing some of the lowest temperatures ever recorded in central and southern states.

Health Canada said in an emailed statement that provinces can now expect their cargo to arrive 24 – 36 hours later than scheduled due to the UPS weather-related disruptions.

“The National Operations Centre within the Public Health Agency of Canada is currently monitoring the situation with the manufacturer as well as with the United Parcel Service,” a spokesperson for the department stated.

“Updates to the delivery schedule and quantities are shared daily with the provinces to inform their decisions regarding the vaccination programs under their jurisdiction.”

A spokesperson for Ontario’s health ministry said deliveries for the Pfizer vaccine would be moved to later in the week due to “a major storm developing in northern U.S./central Canada.”

“Pfizer shipments for the week of Feb. 15 will experience a one-day delay from the planned delivery dates. Shipments are now planned to arrive on Wednesday, Feb. 17, and Thursday, Feb. 18,” the spokesperson stated in an emailed statement.

Major General Dany Fortin, the military commander leading vaccine logistics at the Public Health Agency of Canada, has cautioned that unpredictable weather conditions could disrupt product deliveries, however, insists the country is ready for all such happenings.

Anand has stated that, following weeks of delays and cancellations, over 400,000 Pfizer shots will arrive this week to help start Canada’s stalled vaccination campaign and that thousands of additional doses are to be shipped every week for the long-term future.

Conservative Leader Erin O’Toole today asked P.M Justin Trudeau on Canada’s shaky vaccine launch in question period in the House of Commons, asking when the nation will be able to vaccinate 300,000 people each day.

With less than 1.5 million doses administered until now, the country will need to deploy over 265,000 doses per day over the next 226 days to fully inoculate 30m people with a 2-dose vaccine regime by the end of September.

Trudeau has said each citizen who wants a shot will get one by the end of September, a message he once again repeated in the House of Commons today.

He added that Canada would be in the “big lift” phase of the vaccine rollout in the coming weeks when supply from both Pfizer and Moderna increases dramatically.

Beyond the 4m Pfizer shots expected to arrive before the conclusion of Q1, the New York-based firm will deliver 10.8m shots between April and June. That would be 2.8m shots in this quarter than the government initially projected.

“We don’t know if we’re really going to get all the promised doses. There is still so much uncertainty, and we will believe it when we see it,” O’Toole said of Trudeau’s September vow.

As per the University of Oxford-based Our World in Data, Canada now ranks number 41 in the world when it comes to vaccines administered, well behind allies such as the U.S., the U.K., and some middle-income nations such as Serbia and Turkey.

Canada’s vaccination move has been outpaced by those in Chile, Bahrain, Denmark, Germany, Israel, Greece, Italy, Poland, Portugal, Slovenia, Romania, UAE, Spain, and tens of others.