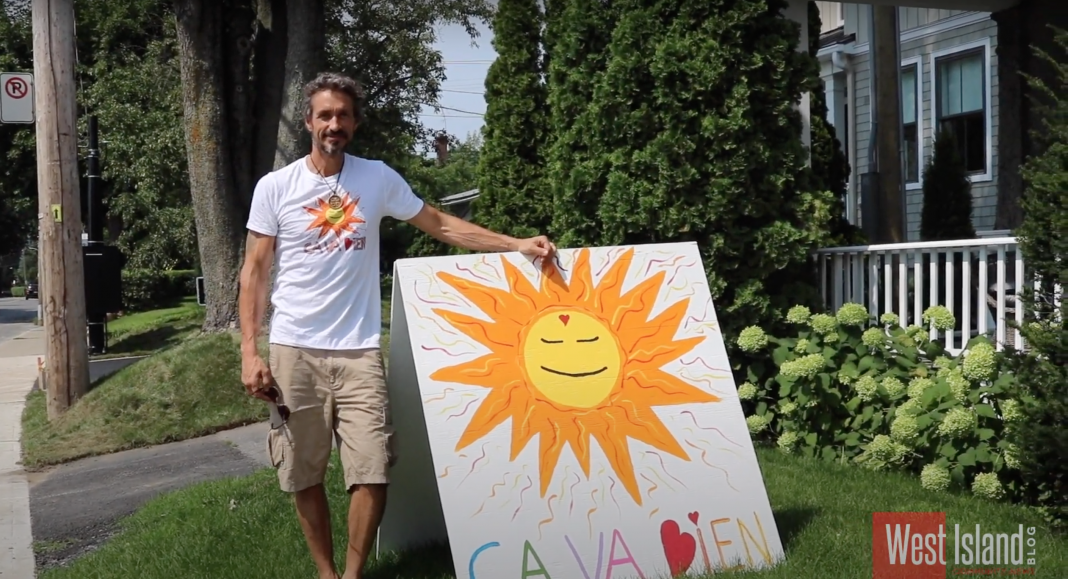 Patry was inspired by the rainbows and “Ça va bien aller” slogans on people’s windows around Montreal during the pandemic amid COVID-19.

Following the social justice movements within recent years, he wanted to adapt the COVID-19 slogan as representative of an all-encompassing anti-discrimination movement.

“I wanted to transform the rainbow into words and then into the sunshine, because after a rainbow is a sun,” he said. “The real idea behind it is just to eradicate discrimination so we can be the peace cooperation we should be”

He hopes to start this initiative within schools so that the students can come home and speak to their parents about this peace movement, so it creates awareness for not only the kids, but the adults as well.

As a father to a 6-year-old, he noticed that there is still discrimination within schools, and he doesn’t want his child to go through the same bullying and discrimination he faced as a child.

Following the notable traction from movements such as Black Lives Matter and Me too, Patry noticed a lack of activism stemming from the West Island. He thinks it’s about time to create change here in our own backyards, so we can ultimately help in changing the world.

“Downtown you always feel these movements happening, whereas the West Island it’s almost our own little bubble here, and I feel this is important to talk about and get people to be just as active as downtown,” he said. “To be activists, to be part of wanting to make changes in the planet.”

Take a look at their website for more: https://www.1love1heart.ca