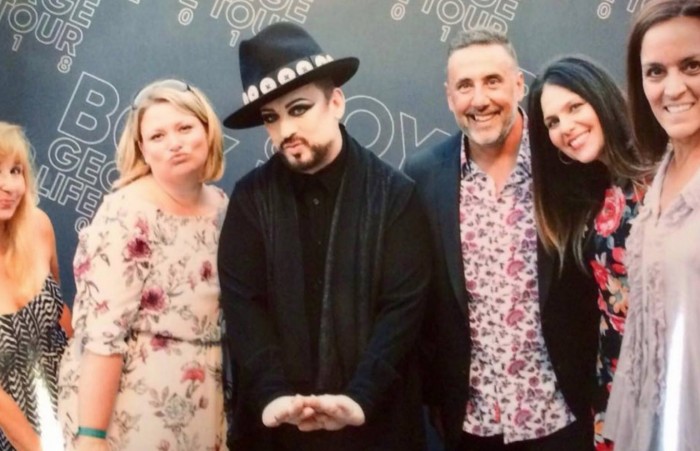 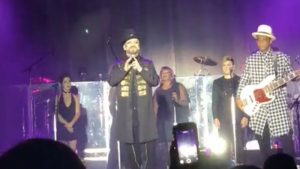 Boy George and Culture Club had the crowd tumbling for them at the fourteenth edition of the ‘Strangers in the Night’ charity event last Saturday night.

The opening act was none other than Murray Head. My voice was raw from singing to every song Murray Head played including Say It Ain’t So Joe and One Night In Bangkok which he sang as he sat on the shoulders of his bodyguard and roamed through the crowd.

By the time Boy George came on the crowd was insane.

“This is a super-sized block party with 5,000 people,” said Pierrefonds Mayor Jim Beis. “It is truly a great event that had it all, great celebrities and the charitable give back to three amazing charities, West Island Women’s Shelter, the Miriam Foundation and Lymphoma Canada.”

The last time Boy George was in Montreal was 34 years ago. He was in top shape and pleased a passionate crowd that did not hesitate to join in and sing along.

If Murray Head and Boy George were not enough to keep you entertained, Crystal Waters gave an excellent performance. Those lucky enough to snag a backstage pass could be star struck meeting Boy George’s manager Paul Kemsley along with Boy George himself. PK is the husband of Dorit on Real Housewives of Beverly Hills.

Founder, Larry Day, expects the fourteenth edition of the event to raise close to $300,000 for the three charities. Last year Styx helped raise $150,000. The event has raised $6 million for various charities since its inception.