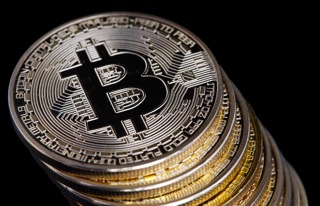 On Monday, Bitcoin had a 10 percent surged reaching above $40, 000 after Tesla Boss Elon Musk’s criticism fending tweets. Musk has been criticized for influencing the Bitcoin market since the recent decline. However, over the weekend, he sent prices slightly up after tweeting that Tesla may resume transacting using Bitcoin.

Musk had a rotational view regarding Bitcoin within few months. In February, Tesla announced a $1.5 billion Bitcoin purchase and that it would accept cryptocurrency payment. Later, the electric car maker would suspend Bitcoin over concerns of the energy consumption and climate change concern in the mining process.

Musk promised to resume trading with Bitcoin if there is a positive trend toward clean energy usage by miners. On Sunday, Bitcoin leaped by 10 percent, breaking it above its 20 days average of below $40, 000. Apart from Musk, the surge was also credited to Paul Tudor, a billionaire hedge fund manager who appeared at CNBC on Monday.

Tudor claimed that Bitcoin is a better way of protecting wealth, just like gold. MicroStrategy, a software company that supports Bitcoin was also responsible for the surge. According to Bobby Ong, co-founder of the crypto analyst website, the company is raising half-billion dollars to buy Bitcoin.

Bitcoin had the greatest surged this year reaching a peak of $60, 000. However, with Musk wavering enthusiasm and crackdown in China, Bitcoin price greatly plummeted. Musk’s tweet came in response to an article created from Magda Wierzycka’s remarks. Wierzycka heads the Syngia cybersecurity firm and was in a radio station interview whereby she accused Musk of manipulating Bitcoin.

Musk responded that Tesla only owns 10 percent of BTC holding, noting that it would easily liquidate without moving the market. Tesla has not sold its Bitcoin holding. Investors are still waiting for Tesla to update its earnings or disclosure a change of position.