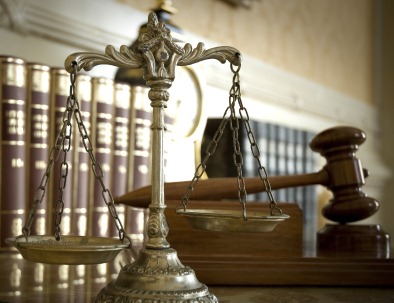 The Quebec Municipal Commission has ruled that former Baie d’Urfé councillor Wayne Belvedere was in conflict of interest, after the town council voted to pay $107,491.32 to renew its snow clearing contract with his former firm, Landcare, on Oct. 9, 2012.

It also reproached the town, in its Dec. 5 judgment, for “having been complacent in the face of an obvious conflict of interest that had been, over the years, tolerated and even encouraged.”

In addition, judges Léonard Serafini and Sylvie Piérard noted that the Municipal Elections Act excludes from municipal office “anyone who knowingly has…a direct or indirect interest in a contract with the city.”

“Mr. Belvedere, in having a direct interest in Landcare, placed himself squarely in a position where his personal interests could influence his independent judgment in running the city,” they said in their ruling.

“The contract signed in 2008 and its renewal put…in conflict [his duty to the] city and those that he had toward Landcare, which he owned at the time,” they added.

Since 2003, Landcare has garnered an unbroken string of contracts with Baie d’Urfé worth more than $833,000.

“Mr. Belvedere’s duty of prudence, honesty and loyalty to the town obliged him to divest of his firm,” the judges added, “so as to no longer have a personal interest in the company with which the town had signed a snow clearing contract. He could also have resigned from his position as councillor.”

Belvedere also served on Baie d’Urfé’s public works committee, town manager Nathalie Hadida told the Commission. She testified that the committee was independent of the civil servants who are involved in awarding the town’s public works and infrastructure contracts. She added that, to her knowledge, Belvedere had never tried to influence members of the public works department.

Hadida also disclosed that although her administration collected declarations of interest from all the town’s elected officials each year, no effort was made to verify their contents.

Belvedere has continued to attend council meetings since he lost his bid for reelection as city councillor in the Nov. 3, 2013 municipal election.

The Commission acquitted him of a similar charge, related to a new snow clearing contract that Landcare won, Oct. 1, 2013, when he declared his interest and abstained from voting.

He said that even though he had transferred sole ownership of the firm to his son Greg Belvedere, May 1, 2013, he felt nonetheless that he had a moral duty to declare an interest, since he was aware of Landcare’s activities.

“Unlike many municipalities, Baie d’Urfé’s code of ethics does not deal with the interests of councillors’ family members,” the judges noted.

They ordered Belvedere to repay within 30 days, all the remuneration, allowances and other money that he was paid by the city from Oct. 14, 2012-April 30, 2013, for his service as a councillor, committee member, commissioner or other service during the period that he was found to be in conflict.

Baie d’Urfé Mayor Maria Tutino was unable to return The Suburban’s request for an interview before press time.

“We always complied with the law,” she asserted in an interview, after the initial allegations arose last year.