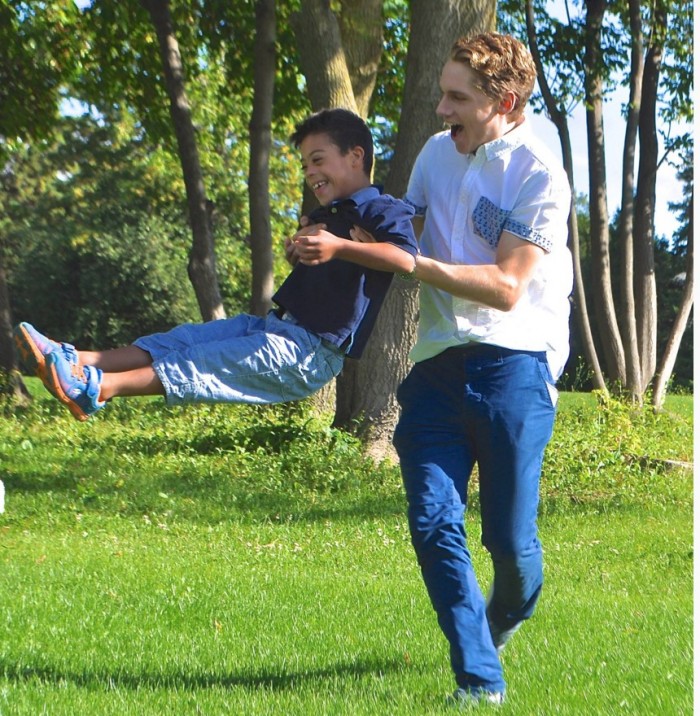 “He does not have a male figure in his life so the idea is that I spend some time with him,” Zach explained. “I said forget every two weeks, let us  just do this every week. So I pick him up every Sunday and we do different activities.  Basically whatever he wants to do.”

According to Zach, Soran knows his calendar days very well.

“He knows when I am coming,” Zach said proudly.  “He is a lot smarter than he will let you believe.  I also see him another time in the week because he comes to the West Island Association for the Intellectually Handicapped (WIAIH) when I am working. I do three shifts a week at WIAH.” 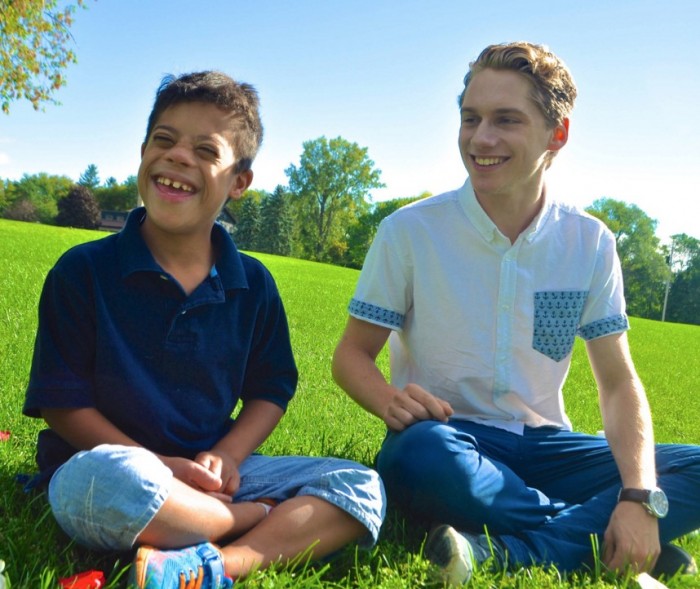 Zach found his passion for working with special needs children while in high school at West Island College (WIC).  WIC hosts a fashion show every year staring the participants of WIAIH.

“I got involved in grade seven,” Zach said. “I helped every year and went on to produce the show in my senior year.  After the fashion was over and I graduated, I missed my friends at WIAIH and the connections I had made, so I volunteered.”

When Zach turned eighteen he applied for a job at WIAIH. Now he works as a program animator at WIAIH where he plans and takes his groups on outing city sights or swimming day.  He also works with Amuse Action where he met Soran.

“Each week I take Soran on an adventure and I bring along my camera so, together,  we can showcase the abilities of someone living with Down Syndrome through his blog channel on YouTube. I can say he has helped me to see the world in a better way.  He is always himself, he loves meeting new people and he loves to dance.”

Zach’s main goal for blogging each week is to raise awareness of the abilities of people with Down Syndrome and change the stigma that exists in society today.”

Soran’s mom says Soran has changed the way she sees the world.

“He showed me what true love really is. I want Soran to have a happy life and positive future. I want him to have friends live independently and be accepted as an equal in society.

Get to know Soran, Zach and Sonia on the YouTube channel “Life with Soran”.