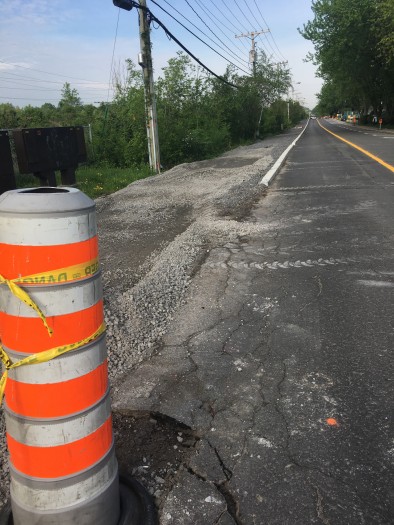 The Elm Avenue bike path in Beaconsfield has been a sore spot for residents and council alike for more years than anyone would care to count. In 2012, Montreal was willing to devote $8,000 of the agglomeration budget to painting a dedicated bike path along Elm between St. Charles and Windermere. Council, at the time, did not refuse the initiative in hopes of being included when a larger budget would allow for a true dedication with curbs and lanes.  The lines were never painted. 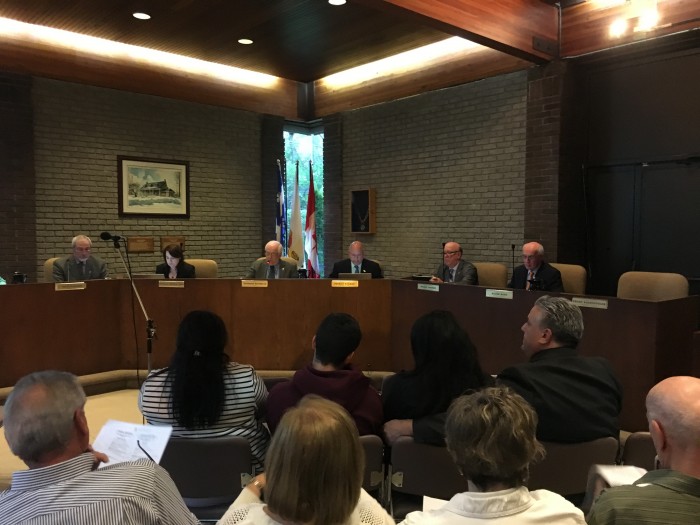 In 2016, Montreal dedicated $15 million to its 733-kilometere-long network which included a dual direction bike path on Elm Avenue in Beaconsfield between Montrose Drive and Brown Owl Lane. False starts and delays have brought patience to a minimum this spring when Montreal placed signage on Elm Avenue leading cars astray earlier this week.

“This is an accident waiting to happen,” worried Beaconsfield resident Richard LeBlanc during the May public meeting question period. “The speed on Elm fluctuates several times, and it causes confusion.”

Beaconsfield Mayor George Bourelle agreed with LeBlanc and says he will be pushing for a 40-kilometre maximum speed along Elm Avenue except for schools zones which will remain at 30 kilometers, once construction is complete.

Leblanc’s concerns did not end with speed. He felt the newly installed curbs have given drivers less room along Elm and are going to not only cause driving issues but also reduce parking, particularly in front of his home.

Mayor Bourelle confirmed that in fact there would be parking spaces lost, a compromise that was unavoidable for the bike path installation.

“Though the feeling is of reduced space along Elm since the curb has been installed,” Bourelle stated, “the width of the road is exactly as it was before.”

According to Beaconsfield’s Town Manager Patrice Boileau, the interregional bikes paths fall under the agglomeration’s jurisdiction.

“We did ask for the delegation of power on this file so we could manage the bids and the execution of the work,” Boileau stated. “We feel we know our neighborhood best as well as the residents but we were refused. Now we are left with a very difficult situation.”

Mayor Bourelle went on to suggest that since the file belongs to the City of Montreal, residents who have any complaints or comments should feel free to send an email to Mr. Aref Salem, member of the Montreal Executive Committee responsible for transport on the island of Montreal at: Aref.salem@ville.montreal.qc.ca

“Send as many emails to Mr. Salem as you want,” Bourelle encouraged,”I believe this is the best way to get the message across.” 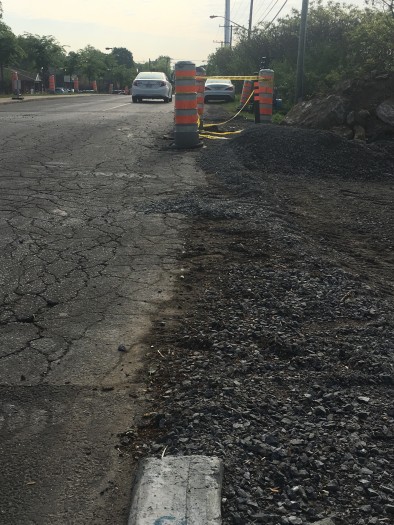