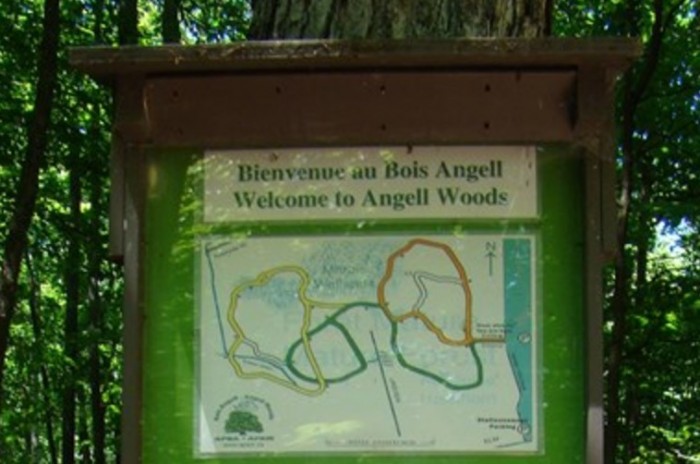 Despite a resolution to widen the scope of allowable pesticides during a recent public meeting in Beaconsfield to include Tree Azin, a class four pesticide, the city announced today that it would be participating in a pilot project using a fungus to battle the insidious pest reeking havoc on our tree canopy.

Since the first detection in Canada in 2002, the emerald ash borer (EAB) has caused countless deaths to ash trees across North America. Its larvae bore labyrinths of tunnels under the bark and disturb the flow of sap in the tree that dies quickly once infected.

In addition to the threat on forest biodiversity and the impact on heat islands, loss of ash trees will have a significant impact on municipalities and the hardwood industry. The challenge facing municipalities is how to control the shiny green insect that originated in Asia where it has no natural predators in North America. 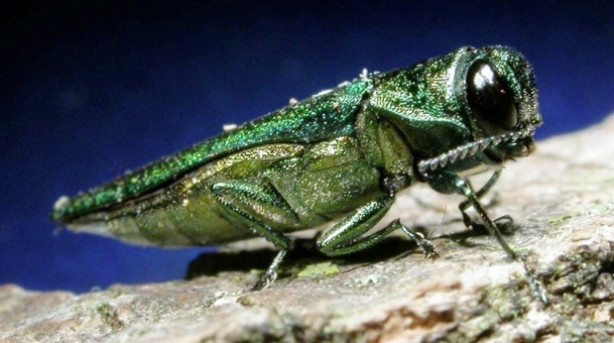 anage the crisis in the summer of 2015. Several traps had been set up where the EAB could find it’s way out but not before being covered with a fungus that would proceed to infect other EABs that it comes in contact with.

As hoped by Canadian Forest Services Pierre Desrochers as reported by West Island Blog in 2015, at an EAB management seminar in Laval, the method of auto contamination by the spread of a fungus to the EAB will become prominent. When the EAB enters a Lindgren trap designed to attract the EAB, the bug then becomes infected with fungus spores that it carries back to another adult EAB in hopes of reducing the active adults and egg laying females.

In the coming days, the Beaconsfield pilot project will include a focus on and validation of techniques to diffuse this fungus that is an entomopathogen for the emerald ash borer and kills the insect within a few days. Beaconsfield currently allocates more than $300,000 a year to the treatment of public ash trees with Tree Azin to save their canopy.

Tree Azin, derived from the Neem tree, that is injected into the bark of the tree has been the preferred choice in Canada. The product, produced by BioForest Technologies, is relatively new as is the ash crisis. The treatment must take place every two years for the life of the tree and in some cases annually. Though the pesticide has been approved by Health Canada, it is not without a note on the website indicating that it still did not pass the full array of studies normally required for pesticide registration

This fungus grows rapidly within the emerald ash borer’s body, killing it within the first five days after contamination. The pilot project entails the installation of 15 traps in the Angell Woods public area owned by the City of Montreal and the City of Beaconsfield. They will only be installed in ash trees at the top of the canopy and will contain two substances to specifically attract adult male and female emerald ash borers during their active flying phase. The particular isolate of the Beauveria bassiana fungus used by the researchers from the Canadian Forest Services of Natural Resources Canada contains enzymes that are specifically pathogenic to the emerald ash borer.

The Beauveria Bassiana fungus is used as a biological insecticide to control a number of pests such as termites, thrips, whiteflies, aphids and different beetles. Its use in the control of bedbugs and malaria-transmitting mosquitos is under investigation. 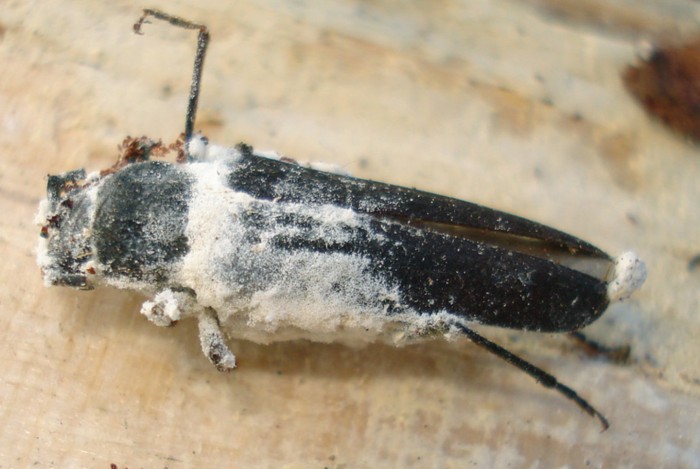