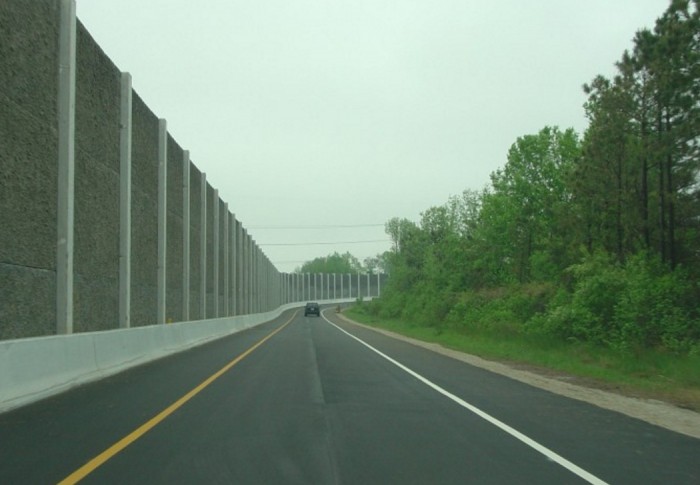 Beaconsfield Citizens Sound Wall Committee (CSWC) members lead by chairman Derrick Pounds have been waiting on bated breath for the results of a survey conducted by Léger Marketing this past October 2015. The survey came on the heals of an offer to pay 75% of the wall made by Transport Minister Robert Poeti this fall.  The results showed opposition by the majority of residents in the city based on cost (53%)and the fact that they were not directly affected by the noise generated by the highway traffic (46%).

The survey polled 600 out of close to 21,000 residents of Beaconsfield, 100 from each electoral district, three on the north side of highway 20 and three on the south side.

“We have conducted this survey to become fully aware of the overall position of our residents on this project,” Beaconsfield Mayor Bourelle explained in a press release late last week.

Pounds feels the city should issue a new press release as the Léger report states that several questions remain unanswered and residents would like to obtain more information from the city before deciding whether to support the sound wall project.

“The city should have had an information sharing session and explain why the sound wall is needed before conducting the survey so people could make informed responses,” Pounds said. “No where in the survey does it indicate that noise generated from the highway is above acceptable levels and is a health risk.”

The CSWC presented a petition of more than 840 names of Beaconsfield residents in favour of the wall, including that of Tom Mulcair, to city council at the public meeting on Monday night.

The survey indicated that in the event the city would go ahead with the sound wall more residents (30%) would prefer the costs be assumed by those benefitting from the wall, while 23% were in favour of spreading the $5 million over all taxpayers. A little over a quarter of the citizens polled (26%) disagreed with raising taxes to address this issue.

“I think if people were told that the cost would be $45 a year for 20 years for each of the 6,500 homes in the city, the results may have been different,” Pounds said.

According to Barker, The Quebec Environment Quality Act is also in place to protect citizens from highway noise pollution.

“Presently, the City of Beaconsfield and the MTQ are in violation of the Quebec Environment Quality Act. The Leger poll doesn’t speak to any of the above,” she said.

According to Beaconsfield resident James Bonnell the sound wall survey implies that the wall is optional when the Minister indicated it was a requirement.

“The city paid close to $10,000 to have residence asked the question whether we need a sound wall. The survey results show that “the majority of citizens seem unconvinced of the sound wall’s necessity”,” Bonnell indicated in an email exchange, “according to the MTQ we are required to have a sound wall so why did the city ask the residents if we need one? I was under the impression the purpose of the survey was to evaluate finance arrangements.”

“There is also a psychological side of dividing our city with a sound wall that I am not too happy about,” Bonnell continued, “We don’t need a lower and upper Beaconsfield dividing line.”

Having participated in the meeting with Minister Poeti, Beaconsfield city councillor,Karen Messier acts as a liaison between the Citizens Sound Wall Committee (CSWC) and council, was not ready to comment on the survey until there was a formal offer from the government when more specifics would be available.