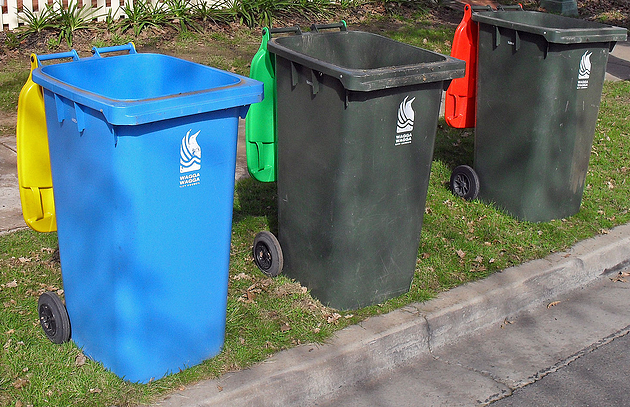 In order to reduce more than 50% of their waste Beaconsfield residents may have another high tech garbage bin delivered to their homes by fall 2015. Residents will have a choice of three bin sizes depending on the amount of the tax payer’s garbage production.

The proposed form of garbage payment to replace the $175 a year current fixed garbage tax will be based on the size of the bin and the amount of times the bin is picked up at the curb. An electronic chip in the new bin will alert the city each time the bin is picked up and will be billed to the resident accordingly. The city hopes to reallocate the use of the current garbage bin limiting it to green waste only, which currently makes up 51% of Beaconsfield garbage. The incentive tariff approach means the more garbage you produce the more you pay.

“Even if we simply get rid of our green waste, which is basically leaves and grass, we reduce by 25%, add to that the 6% of garbage that is being thrown in the garbage instead of recycling that is a huge chunk of our garbage,” Councillor Pierre Demers told The Suburban, “We can do this. More than 50% of what is currently in the garbage bin is green waste that is why we as a community have more garbage than other communities.”

At the December town hall meeting Beaconsfield public works director Andrew Duffield said that under the $228,000, pay as you throw pilot project 253 citizens were encouraged to compost and were given targeted information to support them with their waste management. The information from the pilot project was very encouraging to Duffield as residents managed to put out 33% less garbage based on weight. This meant there was less organic waste in the garbage.

As far as Beaconsfield resident Linda Frate was concerned even though people will have good intentions not everyone will compost properly and the city runs the risk of rodent infestation.

“I am concerned as I am already seeing people throwing garbage in parks, that will increase,” Frate worried, “ and even though we will have a separate bin for garbage, recycling and other waste, when i put my dogs poop in the garbage I won’t have a choice to take it out every week because it will smell. So I will pay more because I am a pet owner.”

“What happens to people on limited means who don’t necessarily compost well or a senior who does not want to go outside in January to compost, they will also have to pay more. I feel we are getting asked to do more and pay more. I feel hopeless,” Frate explained

By removing green waste from the garbage pick up and rerouting it away from landfill sites Beaconfielders can expect to reduce their overall garbage dramatically. Surrounding cities such as Dollard, Kirkland and Pointe Claire have already rerouted their green waste in recent years but do not charge residents for garbage on a per pick up basis.