No help for citizens who want to cut trees instead

The city of Beaconsfield is offering citizens who have ash trees on their property and who will have to treat them a ten percent reduction in costs for the TreeAzin pesticide.

The pesticide approach is one the city is using so affected homeowners that have ash trees on their property, private residences and green spaces included, in lieu of offering discounts as well for those residents who wish to cut their ash trees unlike other municipalities like Baie d’Urfe or Dorval.

When the city passed a resolution on the use of the TreeAzin pesticide as a viable solution to the Emerald Ash Borer, only one councilor, Pierre Demers, voted against the concept.

“While I do not necessarily object to these approaches per say, I believe that the City should offer the same level of subsidies and services for those residents who will chose not to go the chemical way and instead replace their ash trees with other less vulnerable species,” explained Demers.

For private landowners with more expansive green space like Angell Woods, the owners are expected to submit “to the City a silviculture prescription showing, in addition to the information listed previously, the description of the proposed intervention for felling or treating ash trees infested with the emerald ash borer and for limiting its spread.

Should the landowners fail to present their plan in a timely manner, fines of $750 per day will be imposed.

Citizens who wish to take advantage of the ten percent discount need to call the city’s Urban Planning Department at 514.428.4430 so that an arrangement can be made with the landowner and the Strathmore Landscape company.

Citizens will be expected to treat their trees every two years or, as the city noted via press release, “until a lasting solution to the EAB problem is found.”

Mayor Georges Bourelle noted that the use of the pesticide TreeAzin “has a high performance rating and is economical in the long term – is that it will effectively preserve both our environment and our urban forest.”

“Allowing the option to introduce thousands of liters of a bio-pesticide into what is continuously being referred to as a fragile and dying ecosystem is illogical to me,” Demers explained, “I think when it comes to the EAB & Angell Woods, we should let nature take its course. Over time, the ash trees will fall and will be replaced naturally by other species of trees, as seen historically with other species of trees like Dutch Elm.” 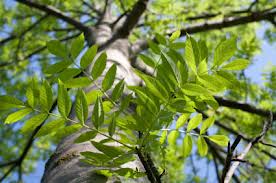