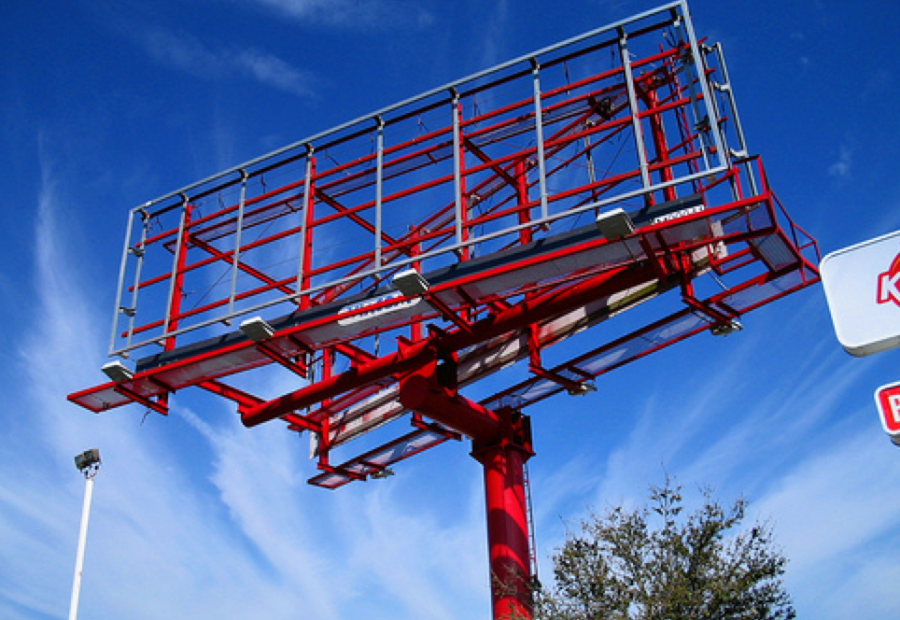 With files from Robert Frank and Kevin Woodhouse
www.thesuburban.com

“There comes a point in the affairs of governors and the governed where every action of the former excites the people’s contempt and every failure to act excites their disgust.”

Each week, advocacy journalists have to sift through a mountain of worthy cases and causes, to size up which to cover. One test, above all, helps us to decide: universality. We invariably shine light on systemic injustice that affects many, because that light helps so many.

Is the recent billboard controversy in Beaconsfield minor, local or of little concern outside of that municipality? No it is not. It is a story that contains within it much of what is wrong in our public life. The last few heated weeks highlighted why so many people want to tune out from cynical authority.

It’s not just that Beaconsfield’s five-storey billboard proposal fell to overwhelming opposition. Seeing engaged citizens voices heard would have been a reassuring victory for local democracy. The reality is different. The winners left with a bitter taste that undermined local democracy by leaving the most engaged citizens reluctant to return.

The key is governance. Beaconsfield needs a fresh start.

Residents who wanted neither a huge tower nor its visual pollution witnessed a consultation process of constrained scope and transparency. The revenue it would generate made it seem an irresistable fait accompli.

Mayor and council should have reassured residents that due process would be followed and that there would be a fully transparent public consultation—however long it took. The mayor lit a spark April 27, when he banned recording council meetings saying, “Even if you ask permission, I will not allow it.” That left the reasonable impression that something was being hidden.

The mayor further fueled residents’ sense that their opinions didn’t matter, when he told CBC, May 6th, that “…here we are in the public works area and there is no residential impact on anything we would put here.” True, the land was on city property. But he raised hackles by ignoring the obvious: a five-storey billboard will shine light over a large swath.

Matters came to a head when all of the 140 residents who turned up at the May 25 public consultation opposed the project. Reporters received a city news release about the still-ongoing meeting—which went on for another hour. One participant protested, that mayor and council had bypassed them going straight to news media before the meeting had ended. After the mayor threatened to kick him out, all but six residents walked out on a public consultation that they felt was a sham.

The next day, the mayor fueled the flames, telling a reporter that the question period had been “not questions but more hostile statements.” Perhaps some of the “hostility” was due to a “consultation” that was open for fifteen minutes, crammed between a half hour Cogeco presentation and the regular council meeting.

In a participatory democracy, elected officials don’t denigrate citizens’ concerns as “hostile.” The whole point of public consultation is to air all viewpoints. That’s when being “hostile” to a position is the point.

The mayor also sowed confusion by directly contradicting himself; “Putting a sign there will have an environmental impact, a sign that size will be seen by people.” precisely what he castigated his opponents for saying the night before.

After an emergency council meeting, May 27, Beaconsfield issued a statement that Cogeco and the city had decided by “mutual agreement” to axe the billboard proposal. Within hours, Councillor Pierre Demers stated that Cogeco had pulled out unilaterally the night before and that there had been no “mutual agreement.” making the news release appear a mere face-saver.

On the 28th, the mayor talked to Andrew Carter on CJAD, having brushed off Aaron Rand’s interview request the day before, saying that Rand was “too aggressive” in the words of Rand’s producer Dan Spector. Spector reported that the mayor had said that Rand, “made me look bad.” Rand commented on air that the mayor, “Had made himself look bad.”

When the mayor told Carter that he and the council had listened to the “silent majority” who had apparently been making polite emails and calls of protest., he denigrated the committed and engaged residents who braved the rain to attend the public consultation.

Not content to reproach engaged residents, the mayor then told The Gazette’s Anne Sutherland that he, “received a continuous reception of reasonable and polite messages [against the billboard] from all over the city. These messages were from real, concerned citizens, and not those hostile to the council.”

Here was an elected official dictating the form in which residents should protest. Reasonable people could be forgiven for questioning who exactly works for whom.

The mayor finally admitted to a reporter, June 3, that, “In the afternoon of the 26th, Cogeco approached us. At this point we didn’t think we should go ahead with this project.”

That made the “mutual agreement” news release needless, like the mayor’s gratuitous comment that Councilor Pierre Demers, the sole council member who remained transparent, was “trying to get the political benefit out of the whole thing.”

This is a case study in how to poison public life: Disrespect due process, rule arrogantly, divide and denigrate citizens, obfuscate and disregard best practices of governance.

Bourelle summed it up best himself, after a citizen likened his conduct to the fable The Emperor’s New Clothes on a Facebook post.

Time to reassess your incumbency, Mayor Bourelle, before you reach the point where Reed’s maxim comes to life.