This is the perfect summer for a lemonade stand, and the Beaconsfield’s Marcotte family took advantage of the heat to offer their cool homemade drink to neighbors in exchange for some conversation and donations to the Lakeshore General Hospital Foundation.

“When we moved back to the West Island in 2012, we hosted a lemonade stand to get to meet the pe 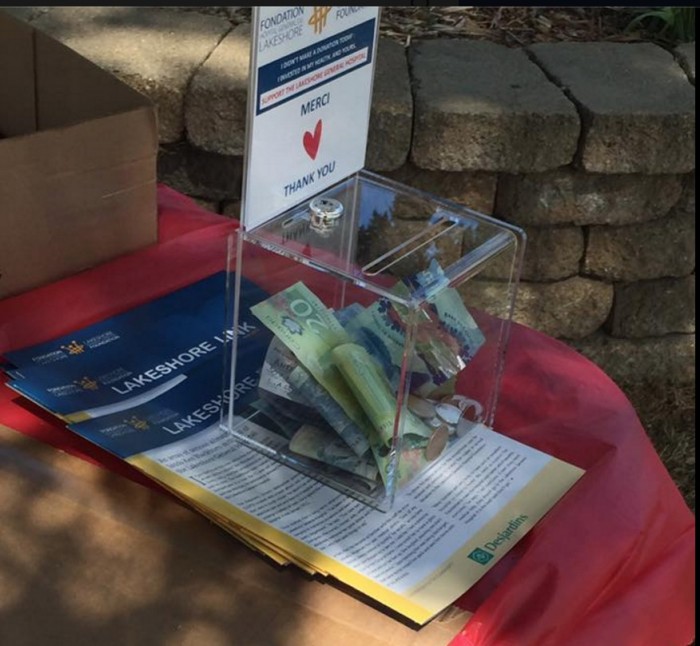 ople in the area,” said Bernie Marcotte,  Board member at the Lakeshore General Hospital Foundation. “We have been trying to get back to it, and the kids wanted to do it for charity as well, so it all made sense.”

Claire, Tim and Maddie helped their Dad squeeze more than 60 lemons the night before so they could be ready to go for their Sunday fundraising event. The Marcotte’s had some anonymous help with some very delicious M & M chip cookies to add to their product lineup. Those were sold out in short order.

“I wanted to help out the kids who need it,” Tim said. “This will help get some equipment that they need at the hospital.”

The stand opened on Elm Ave. in Beaconsfield at noon and closed shop at three p.m. on Sunday, August 7. Neighbours, friends, and family dropped by to encourage Tim and Maddie with their sales.

“I will be telling my friends at school how much fun it was to raise money for charity,” Maddie said with a smile.