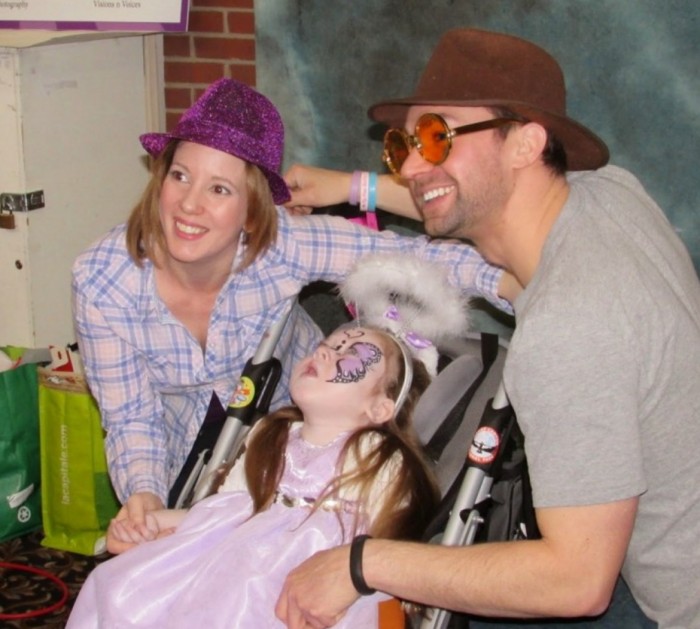 Amanda Zarifah and Stephen Lougheed are promoting random acts of kindness (RAK) to honour their daughter Lauren who died last year of Krabbe’s disease at the age of four.  Krabbe disease is a rare, often fatal degenerative disorder that affects the myelin sheath of the nervous system causing severe degeneration of motor skills. Lauren hit her fourth birthday last January 8, a milestone birthday for children suffering from this disease with a life expectancy of 13 months.

In an effort to raise awareness of the disease as well as give back to a community that showed them kindness throughout Lauren’s journey, Lauren’s parents are celebrating all month by asking the community to give back to each other through random acts of kindness.

The mission is to print out a prepared message from Lauren’s official website  www.lifewithlol.wordpress.com or Facebook page Lifewithlol:Lauren’s Journey and give a random act of kinds to someone along with the message.  The couple is keeping track of the acts by encouraging participants to hashtag #lifewithlolrak when they post their act in Lauren’s name.

One of West Island Blog’s favorite sponsors The Mariott Airport Terminal Hotel was intrigued when I mentioned Lauren’s RAK in a meeting this morning and immediately decided their RAK would be to offer Amanda and Stephen a room for 1 night + dinner at Bijou  for 2 and breakfast as a Random act of kindness to Lauren’s Cause.  Thank you so much to the Mariott for stepping up so quickly to support this community initiative.

According to the Mayo Clinic -Krabbe disease (KRAH-buh disease) is an inherited, often fatal disorder affecting the central nervous system. Krabbe disease affects about 1 in every 100,000 people in the United States.

The disease affects muscle tone and movement, and may cause vision and hearing loss, among other devastating effects. In most cases, Krabbe disease develops in babies before 6 months of age, although it can occur in older children and in adults.

If we had know right away that Lauren was sick we could have  looked at cord transplant before the on set of symptoms,”Loughheed explained.

“Expanding new born screening could save the child’s life. There are cases that children with older siblings that have Krabbe got tested early, had cord transplant and live a normal life today.  The fact that Lauren was not screened means we did not have an option. Once symptoms appear it is too late.”