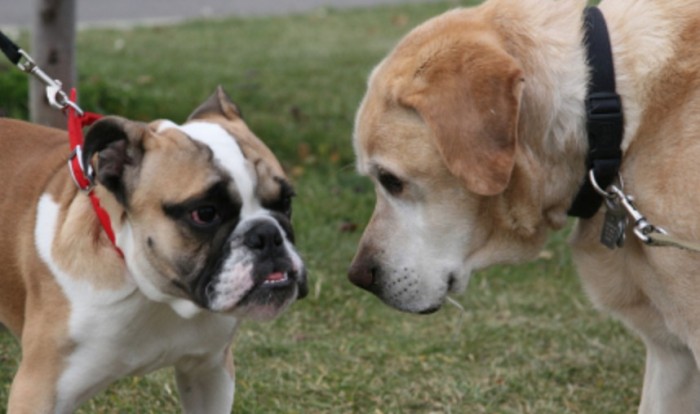 Since the closing of Fresh Meadows golf course countless years ago, the open area of field now belonging to the City of Beaconsfield, sandwiched between the Sunrise Seniors Facility and Angell Woods, has been used by pet owners as an off leash dog run. Though there has been a bylaw in place for many years forbidding dogs to run off leash, the City has looked the other way while dogs run freely on what is referred to as the Luger Triangle.

As a response to recent dog attacks on the South Shore of Montreal, Beaconsfield has sent out a warning to residents that dogs will be required to be on leash at all times from now on with zero tolerance anywhere in the City.  In fact, Beaconsfield’s public security has been present at various points to give warnings to walkers that fines will be imminent should they be found with their dogs off leash.

“Council must act responsibly and take reasonable measures to ensure the safety of our residents,” Beaconsfield Mayor Georges Bourelle stated. “We have decided not to act impulsively and ban dangerous dogs in Beaconsfield. We will act upon the recommendations of the Provincial Government when those recommendations  are released.”

Bourelle is of the mindset that Council could have gone ahead and issued fines immediately to people that do not conform.

“Instead, we are taking a softer approach by warning residents that there will be no tolerance,” he explained. “Of course, anyone that decides to defy our warning and not conform will definitely be fined. I must remind you that every dog in Beaconsfield must be licensed and without a licence means a contravention to our by-law and a fine.”

Bourelle feels a fenced in dog run would be a favourable solution to the problem and hopes residents will speak out to urge Council to spend the needed funds to build a dog run where dogs could run free.

Bourelle acknowledges that most of  Angell Woods continues to be private property even though it was designated ecological by Montreal a few years ago.  He also said that Beaconsfield has no jurisdiction over people trespassing to walk their dogs in the Angell Woods. 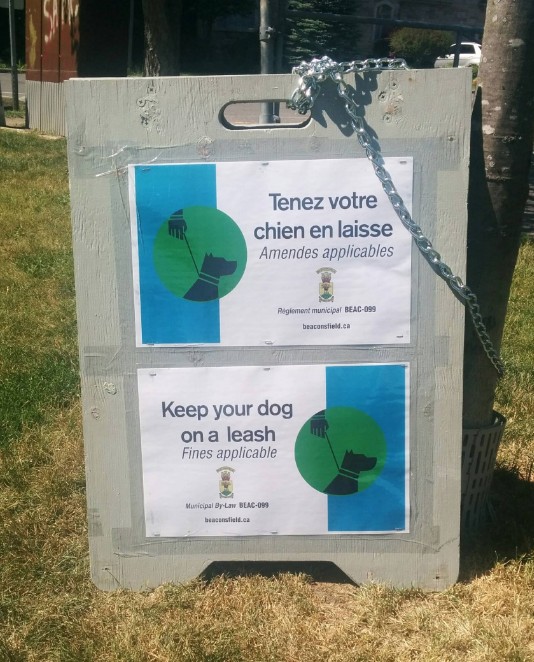 “There are hundreds of people who walk their dog every day in this area,” Di Giovanni explained. “The signs are there that oblige you to walk your dog on a leash, but it is understood that dogs roam free. We have been doing this for years. Why the sudden change with no warning at all? It makes no sense. My dog is an active Rhodesian Ridgeback who loves and needs to run every day to be healthy, calm and well-balanced.  There is no other option like it.”

Di Giovanni does not see a fenced dog run as a solution.

“We already have too many fenced and underused dog runs on the West Island,” she said. “They are not a healthy environment for the majority of dogs.  By “confining” a group of dogs to a relatively small space, like fenced dog runs, social interaction can be strained and there is no escape except for leaving and that helps no one.”