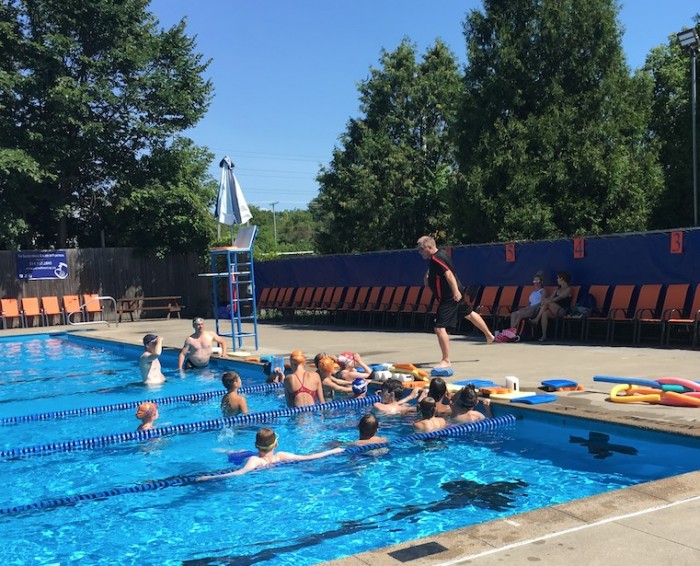 with files from Gabrielle Cloutier

More than 20 West Island swimmers spent the better part of Sunday morning being coached by international swim coach Eric Kramer. Kramer started his coaching career when he was fifteen, after swimming in Pointe Claire for five years. He went on to coach two Olympic and one Para Olympic swimmers. Today Kramer can be found pool side, coaching the Saskatoon Lasers.

Patti Hutchinson, a former member of the Bluefins, says Coach Kramer made swimming fun when he hung his hat permanently at the Beaconsfield pool. She started at the age of 7 and swam until she was 32. Today, Hutchinson has three children enrolled in the Bluefins.

“He brought a sense of humor to his coaching,” Hutchinson explained. “He was a very technical in his instruction. There were very few, if any, injuries on his watch. It allowed us to have longevity and reach our potential rather than being forced to retire before peaking.”

According to Kramer, there are three things you need to be a great swimmer, “First, you need to like swimming, second, you need to love swimming and third you need a passion for swimming. Get your skills combine that with passion and you will get to the higher levels of competition,” he explained to the swimmers with his gold Olympic ring glistening in the sun.

“Sports teaches kids to try, to fail, to win and to lose. I think we are losing that today,” Kramer worried. “I think these kids lives will be harder than mine. There are no short cuts or apps when managing life’s expectations.”

“Parents and children need to be patient. There are no short cuts to success. It is a long process. Kids learn differently today; they will get what is being taught but on their own timeline.”

Beaconsfield’s Ella Cloutier who participated in the clinic says the instruction will give her an edge.

“As a breast stroke swimmer, I was always kicking around. Instead, I needed to push,” Cloutier said. “That will help me go faster. His explanations were very clear.”

Cloutier will be starting her sixth year at the Blue Fins with a new coach this fall. Having worked for more than 30 years in competitive swimming, M. Claude Picard has an extensive knowledge of the swimming world. Former FNQ Assistant Technical Director and Assistant Coach of the Carabins of Montreal the past two years, Picard has participated in numerous national and international para swimming and swimming competitions. During his career, he has assisted numerous provincial swimmers to reach their full potential.

Try outs for the Bluefins will take place August 22, from 4 p.m. to 6 p.m. at Beaconsfield Recreation Centre. For more information, please visit. www.bluefins.ca . 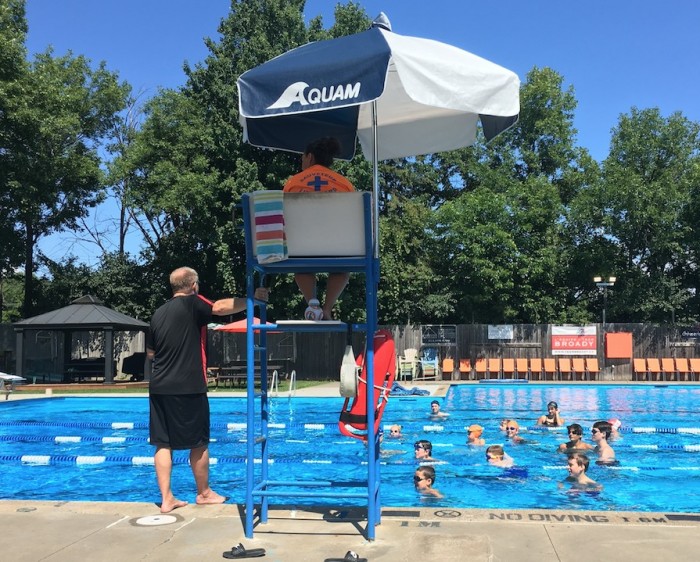