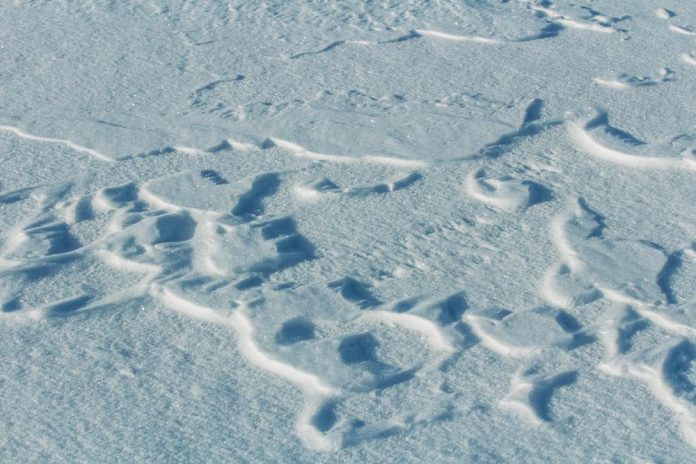 With strong winds and snow ripping through Alberta, traffic chaos suddenly happened out of nowhere. According to the reports, 5 were hurt and a large part of the Trans-Canada Highway between Calgary and Medicine Hat has been shut down. The cause of the highway’s shut down is a huge pileup of as many as 70 vehicles.

RCMP stated that The westbound lanes of Highway 1 near Calgary would be closed for at least a couple of hours. Emergency crews have been working tirelessly, trying to remedy the situation.

The RCMP said in a news release:

“Travel on area highways is not recommended at this time due to blowing snow, icy roads, and poor visibility.”

A reception area has been established 190km southeast of Calgary, at the Heritage Inn. It will offer shelter and help to stranded travelers.

Environment Canada warns the travelers that strong with is expected with blowing snow.

“Damage to buildings, such as to roof shingles and windows, may occur. High winds may toss loose objects or cause tree branches to break.”

Wind and blowing snow will severely reduce visibility on the roads, so travelers are advised to be very cautious.

Highway 2 near Calgary is experiencing traffic delays while just east of Edmonton on Highway 16, a jackknifed semi was blocking all lanes around the same time.