After a year that would not stop giving Claudine Campeau CEO of West Island Assistance Fund a hard time, the community leader found herself cradling a baby tiger this summer as it transitioned from it’s mother to zoo life in the Falardeau Zoo near Lac St. Jean. 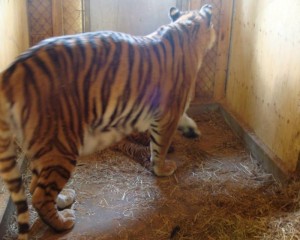 Having lost her husband late last year and having the West Island Assistance Fund robbed three times since December, Campeau was due for some fun.

“After a memorial kite ceremony for my husband who was an international kite flyer, I was invited to visit the Falardeau Zoo where some tigers had just been born,” Campeau told The Suburban in an interview.

According to Campeau the tigers were only 13 days old. In order for tigers to become accustomed to humans they must be separated from their mother before they can see.

“They must be humanized,” Campeau told The Suburban in an interview. “The mother was there and they did not want me to touch her but she came over and smelled me.”

“They removed the mother from the cage and they let me in with the baby tigers,” Campeau continued. “For two hours I took care of the babies. They got their shots while I was there and they never even cried.  It was very therapeutic.”

The baby tigers were sold to a various zoos in North America for $3,500. 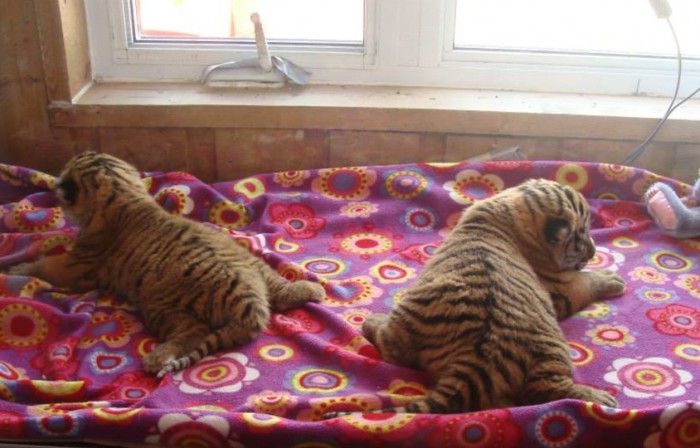