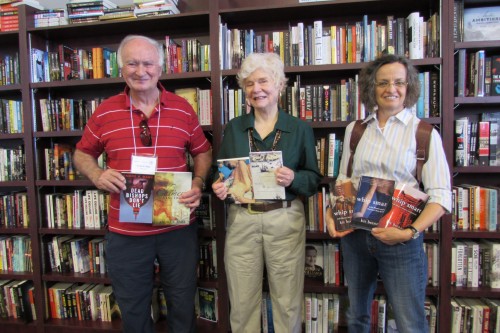 Modelled after an initiative started by American author Sherman Alexie in 2013, independent bookstores across Canada joined the Authors for Indies and invited authors to hand-sell books last Saturday, May 2.

More than 600 writers and 120 independent bookstores participated in the inaugural Canadian event. Librarie Clio in the Pointe Claire shopping plaza hosted more than a dozen local authors at their location. 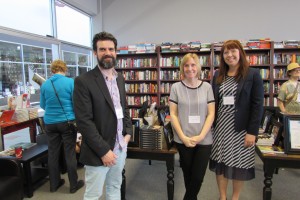 Lachine author Kit Brenan, spoke of her recent fiction, romance, thriller series called Whip Smart where the main character Lola remade herself as a spanish dancer and finds trouble along the way.

Pointe Claire author André Baby has published two books with one on the way.  The refocused finds his inspiration in old case files and enjoys bringing his readers on trips to undiscovered places.

Author Mary Soderstrom, published 14 times, can be found holding discussion groups in Pointe Claire, Dollard and Kirkland several times a month. According to Soderstrom her writing shows her love of geography and romance. Her twelfth book called Making Waves is an informal recount of Portuguese history. 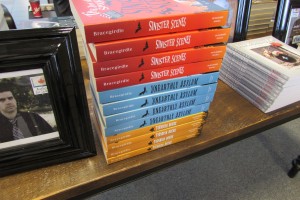 2009 Quebec Writers’ Federation Prize for Children’s and YA Literature winner Monique Polak, wrote What World Is Left was inspired by her mother’s experience in a Nazi concentration camp. She teaches at Marianopolis College and has published more than 17 novels for teens that address issues of domestic violence, self mutilation and online gambling.

“This is a great initiative to raise awareness,” Librairie Clio’s store director Sylvie Calder told The Suburban, “when you meet an author and talk to them you are more interested in what they have to write.”