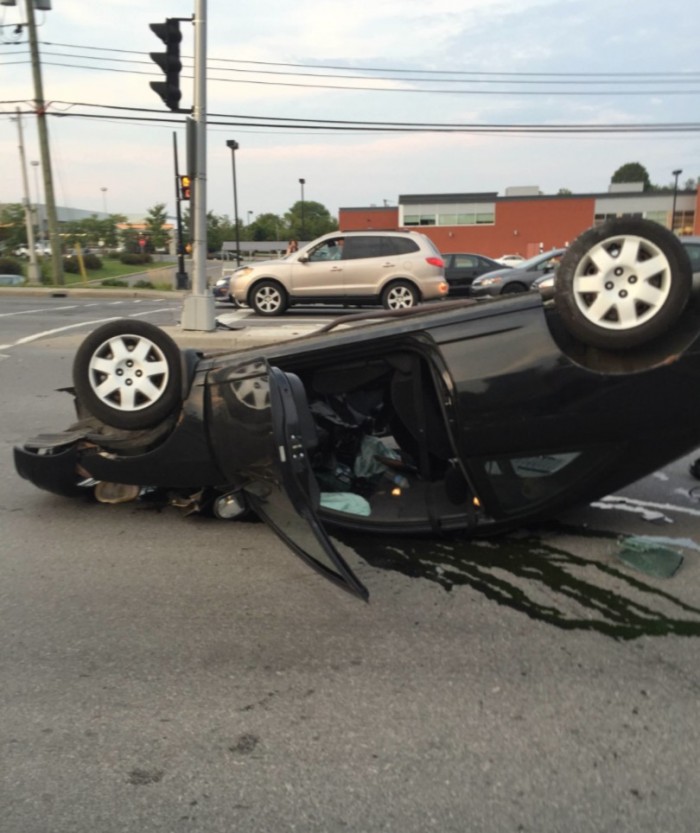 August 18, 7:30 p.m. marked a lucky day for three young adults whose car flipped over going south on St. Charles road.  Beaconsfield resident, Daniel Gosselin,  was travelling north at the time of the crash experienced some luck of his own.

“I was heading north on St. Charles near Antoine Faucon when I saw the car lose control, it was coming straight for me,” Gosselin said, “there was a pole between me and the car.  The car hit the pole and flipped right over, landing on its roof.” 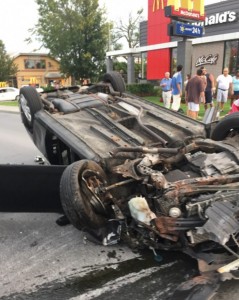 According to Gosselin there were three men in the car and they could not get out.

“I got of my car and ran over to see if I could get them out, there was liquid coming out of the car.  I was concerned it was gas. The men were talking but were not able to open the doors of the vehicle and were stuck.”

Gosselin proceeded to try to lift the car on his own hoping that he could at least move it enough to allow them to open the doors.  No such luck.  He called to some people who had gathered and together four men lifted the car enough for the men to crawl out.”

“The victims of the crash had some blood on them and the driver was complaining his chest hurt.  He removed his shirt to show where the seat belt has left a tremendous mark,” he continued.

“I think I was a little in shock, I simply looked at the boys and saw they were ok, got back in my car and continued on my way to my son’s soccer match.”

Police said that a tire exploded causing the driver to lose control of the vehicle.  The men ages 23, 24, and 25 were checked out at the hospital and since released. 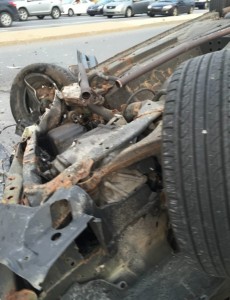