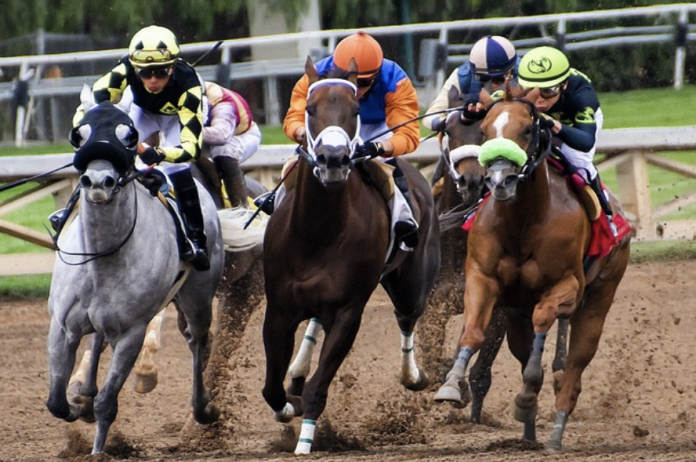 Mention the Sport of Kings and the thoughts of most people in Montreal inevitably turn to the sad sight that is Blue Bonnets. Once Quebec’s foremost racing venue, the 110-year-old facility has stood derelict for 10 years, inhabited only by decades of memories and those squatters who manage to negotiate the 24-hour security. Sooner or later the much-discussed redevelopment will take place, and while there are many who will mourn its passing, most will agree that something, anything, has to be better than the eyesore and potential health hazard that the site has now become.

The racecourse closed down in 2009, a victim of both the economic slump and a downturn in popularity for equine sports. Ten years on, the economy is in better shape, but what about horse racing? Over the past couple of years, there has been renewed interest in the sport, and for that, we have the internet to thank. Iconic races like the Grand National in the UK or the Melbourne Cup in Australia are reaching global audiences via online streaming and popular online casino sites are providing the opportunity for anyone to try to back a winner. Let’s take a look at the different forms of horse racing, as well as some of the biggest events.

The most popular type of racing in the world is flat racing. As the name suggests, this is a simple race in which horse and rider come together on flat ground, usually on turf, and whoever is first past the post is the winner. Flat racing is immensely popular in every corner of the globe and races are run across a range of distances.

One of the best-known flat races on the calendar is the Kentucky Derby. Run over a relatively short distance, the race is all over in a matter of two minutes or so. This year’s Kentucky Derby will take place on 05 May.

This is the type of racing that is most familiar to those who remember Blue Bonnets in its heyday. While it does not have the same worldwide audience as flat racing, it nevertheless has a strong following throughout North America and also in parts of Europe.

Indeed, the most famous harness race of them all is the Prix d’Amerique, which, despite its name, is held every year in Paris and has a prize fund of more than €1million. It takes place on the last Sunday of January each year and next year will mark its centenary.

Jump racing, also known as National Hunt, is probably the most high-profile form of racing in the UK. It is also popular in Ireland, France and other parts of Western Europe. Here, horse and rider must negotiate obstacles in the form of fences, hedges and ditches along the way.

The National Hunt season runs from November to April, and Tiger Roll recently achieved global fame by winning the Grand National, the most famous and gruelling jump race of them all.