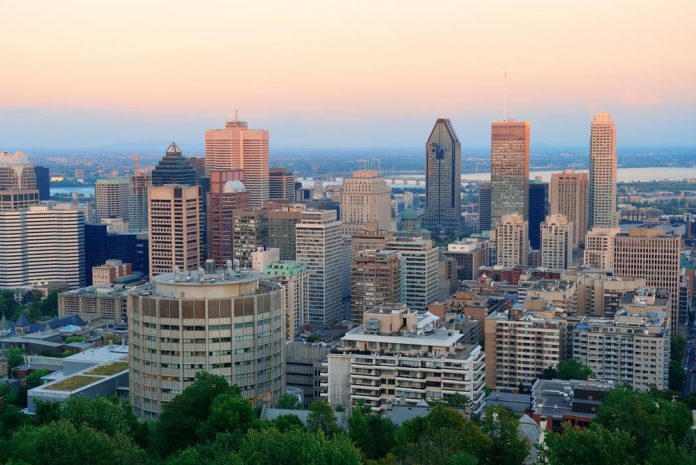 On Sunday, police arrested one person toward yet another protest against Montreal’s 8 p.m. curfew for violating public health orders. The protest began at 5:30 p.m. with hundreds in attendance. They gathered in Jeanne-Mance Park and began marching toward but were stopped by police. The protest was called off at 7:20 p.m.

Contrary to the previous riots, this protest was organized by anti-capitalist activists. The organizer called participants to protest against the authoritarian government of a Facebook event page.

The protest organizer urged that the curfew disproportionately affects marginalize people of color, sex workers, victims of domestic violence, LGBTQphobic, and others.

“The answer to a public health crisis is not to render the most marginalized people even precarious. The curfew isn’t an answer, the curfew is the repressive measures of a state that uses its police more and more in a futile attempt to address much wider issues.”

Scott Weinstein, a nurse, also attended the protest and affirmed that curfew is doing more harm than good.

“Every night at 7:30 the cops roll through Jeanne-Mance Park and send everybody who’s partying there home. They’ll just continue partying at home where it’s more likely they’ll spread the virus.”

Unlike the previous rallies, those in attendance acknowledged that the pandemic is real. They obeyed the public order requiring masks outside. They also practiced social distancing but expressed that the effectiveness of curfew hasn’t been proven scientifically to combat the spread of the virus.

The protest organizer wrote that they cannot continue to stay home based on public health measures that are based on nothing. Several protests have occurred in Montreal since Francois announced moving the curfew back to 8 p.m.