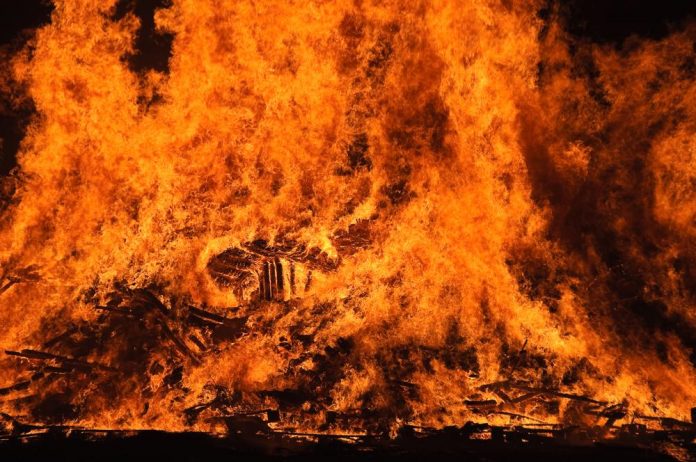 Another wildfire, dubbed the Inkaneep Creek Wildfire, has gone off about 6km north Osoyoos, and seem to be beyond control at this point, as it has doubled in size in under two hours starting Monday evening.

A huge cloud of grey smoke could be seen covering the sky above in videos and pictures residents took.

The fire is currently raging in the Inkaneep area, in the Indian Band area, based on information provided by the Okanagan Emergency Services.

The cause of the fire is not yet known, but is currently about 700 hectares in size, B.C Wildfire Service said.

Thousands in the area lost power at about 5pm, but this was for their own protection, fire officials said. The southeast area of B.C was placed under a smoke advisory starting early last Monday, before this fire broke out. The advisory also warned residents of the northeast region to expect poor air quality and cloudy skies in the evening and through out the night.

Currently, B.C is battling 294 wildfires,13 of which started as recently a two days ago.